Pictured is a selection of uniforms worn by volunteers of St John Ambulance down the years.

First a WW1 era uniform for an Ambulance member, followed by WW2 era uniforms for Ambulance and Nursing Division members and through the various changes to the present day green and black ‘Service Delivery’ uniform together with the formal black and white.     Space does not permit all of the uniform changes over the years to be displayed in the museum or portrayed on this website.

The WW2 era ‘nursing’ grey dress and white starched apron was the style worn by members of Larne Nursing Division when formed in 1933  and  the ‘ambulance’ tunic and trousers is the same as that worn by members of Larne Ambulance Division when formed in 1940.     The WW1 era ‘nursing’ uniform (not included) was similar but one noticeable difference was the absence of an embroidered 8-pointed cross outline on the apron bib. 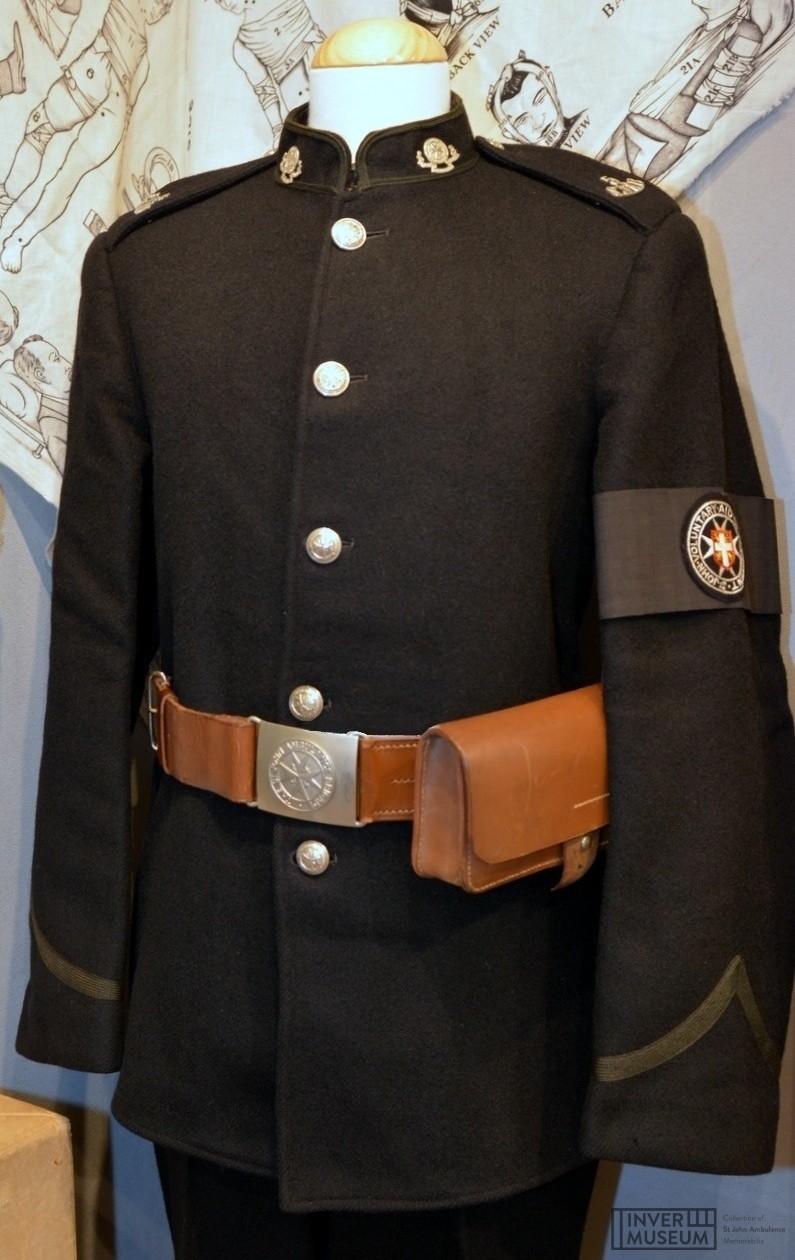 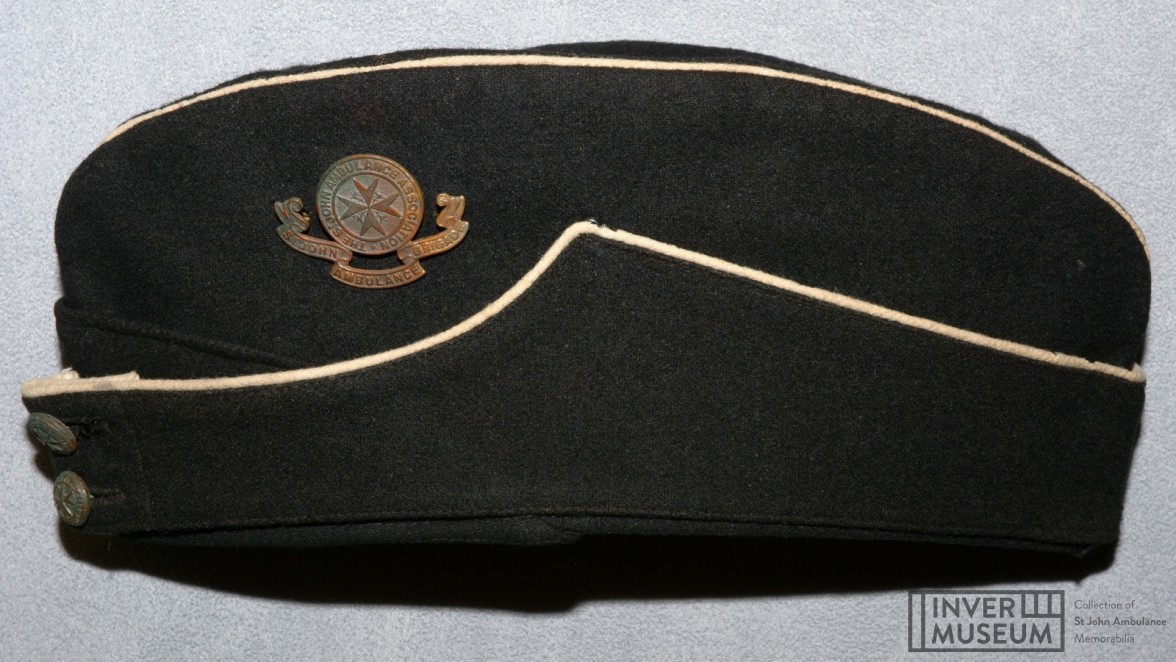 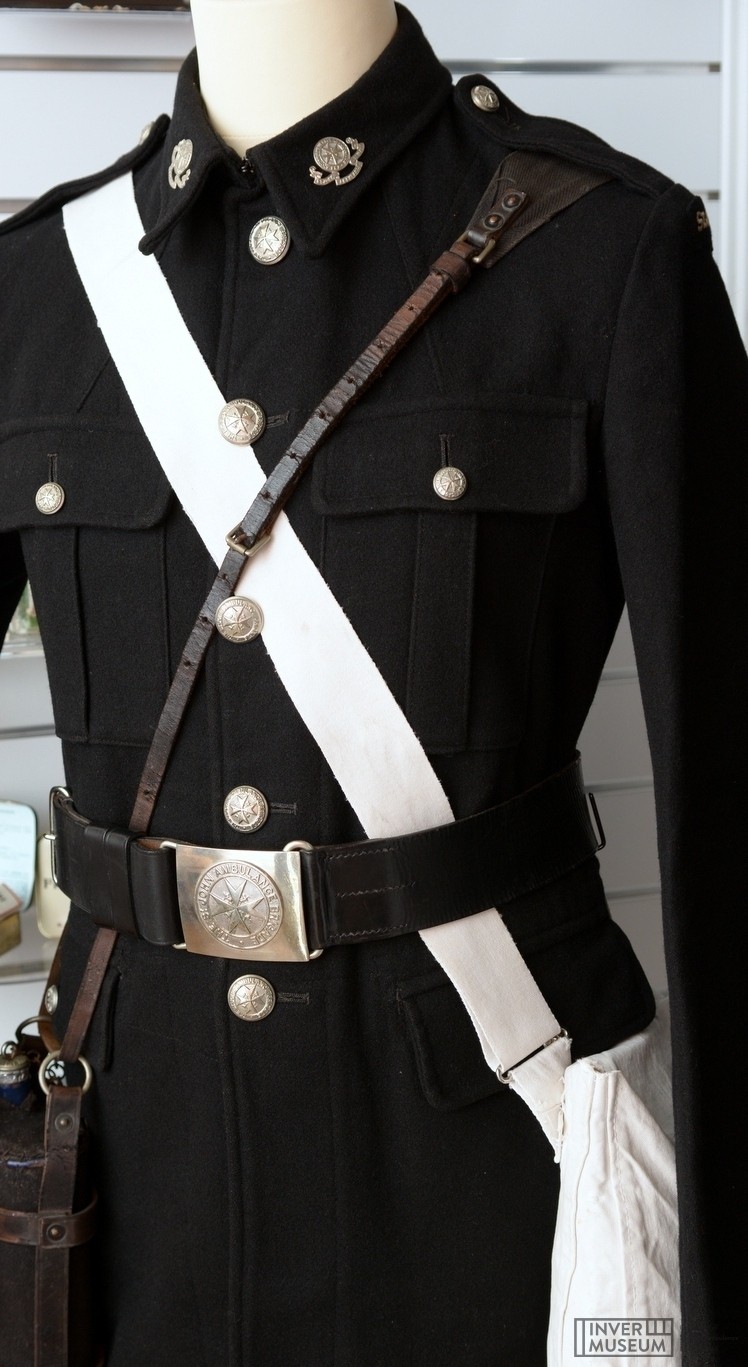 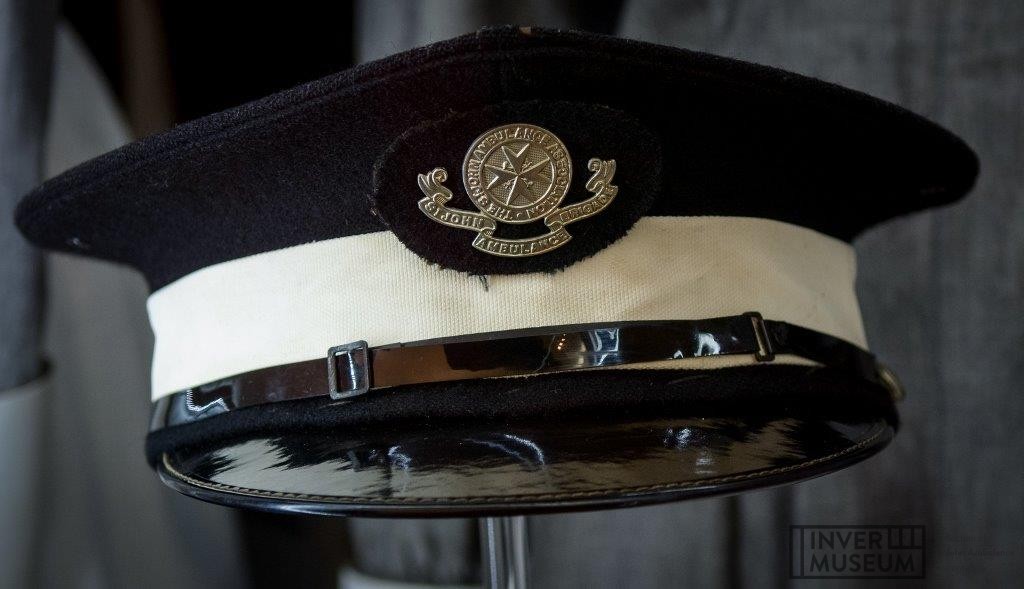 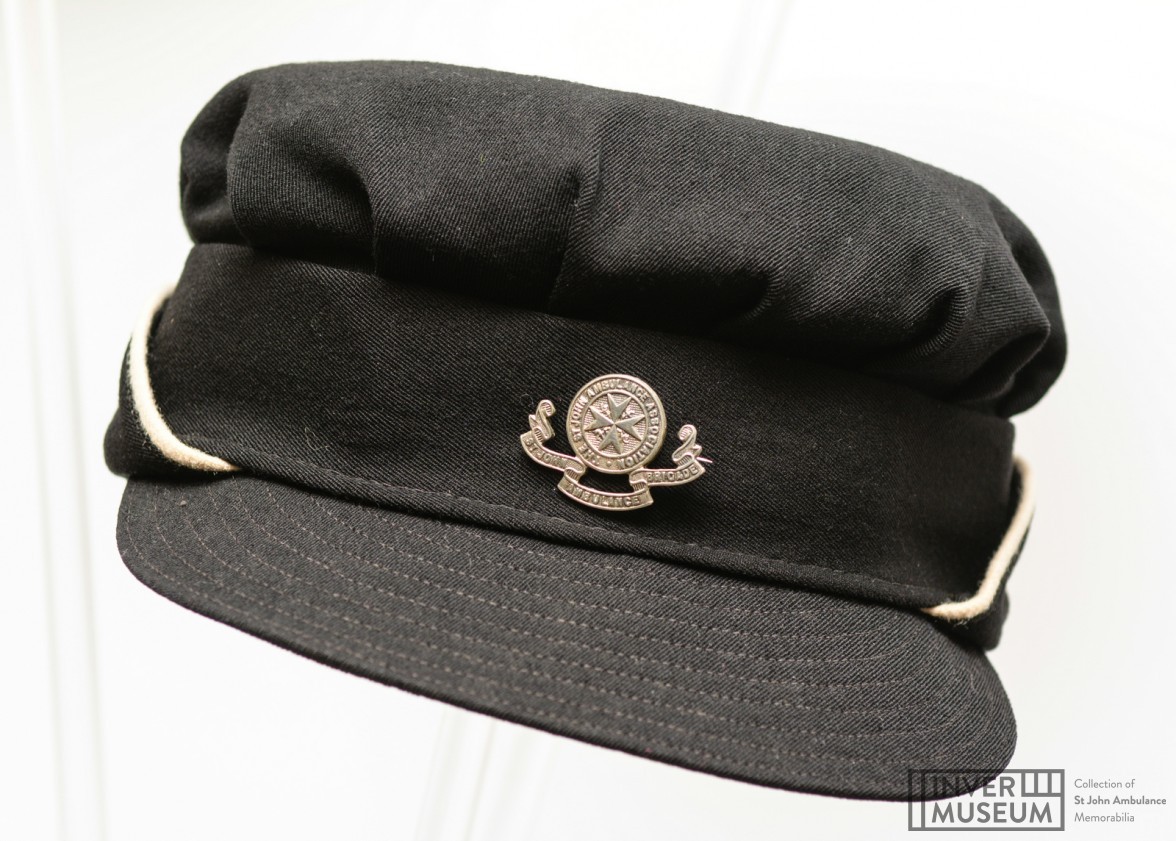 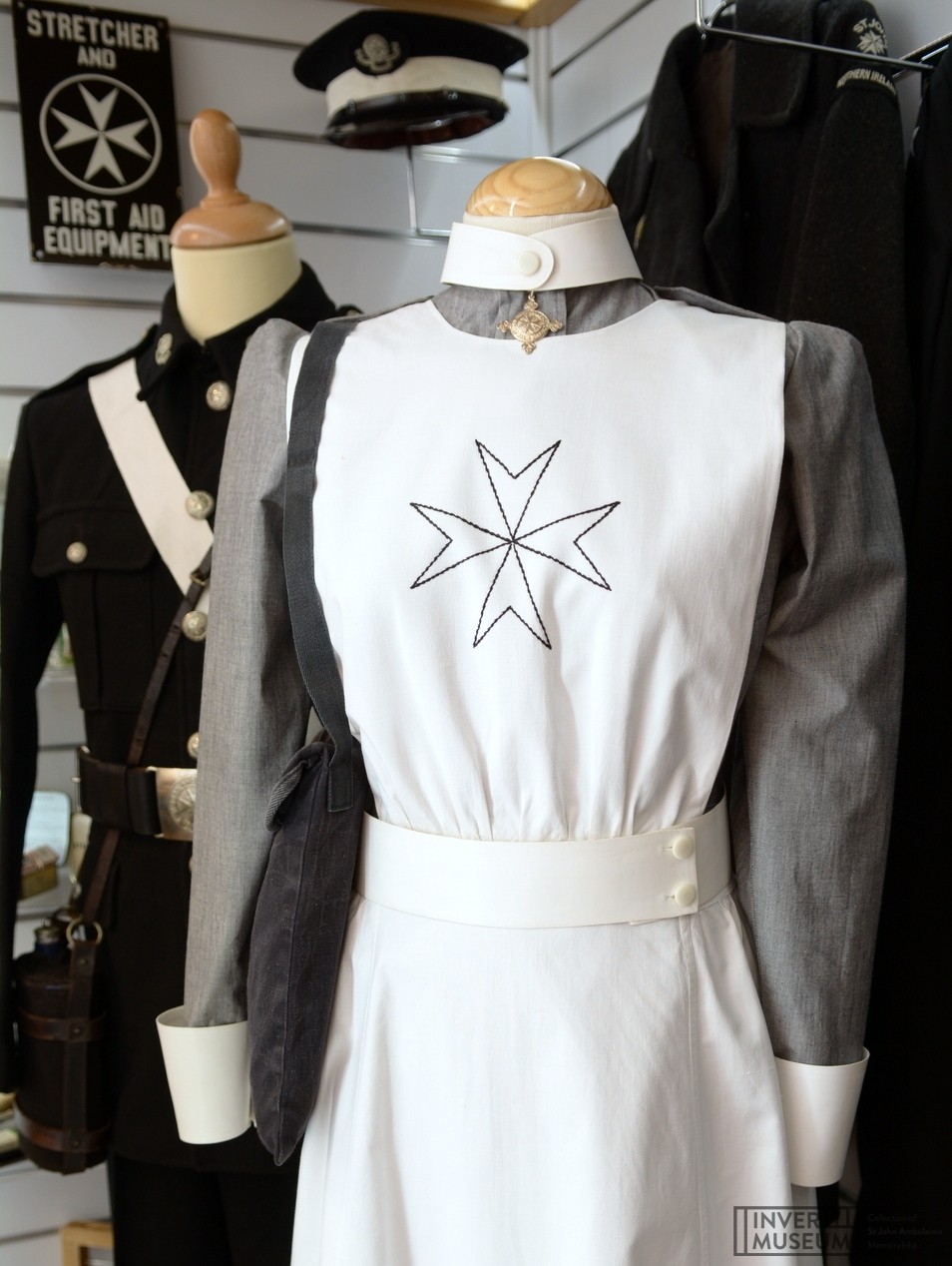 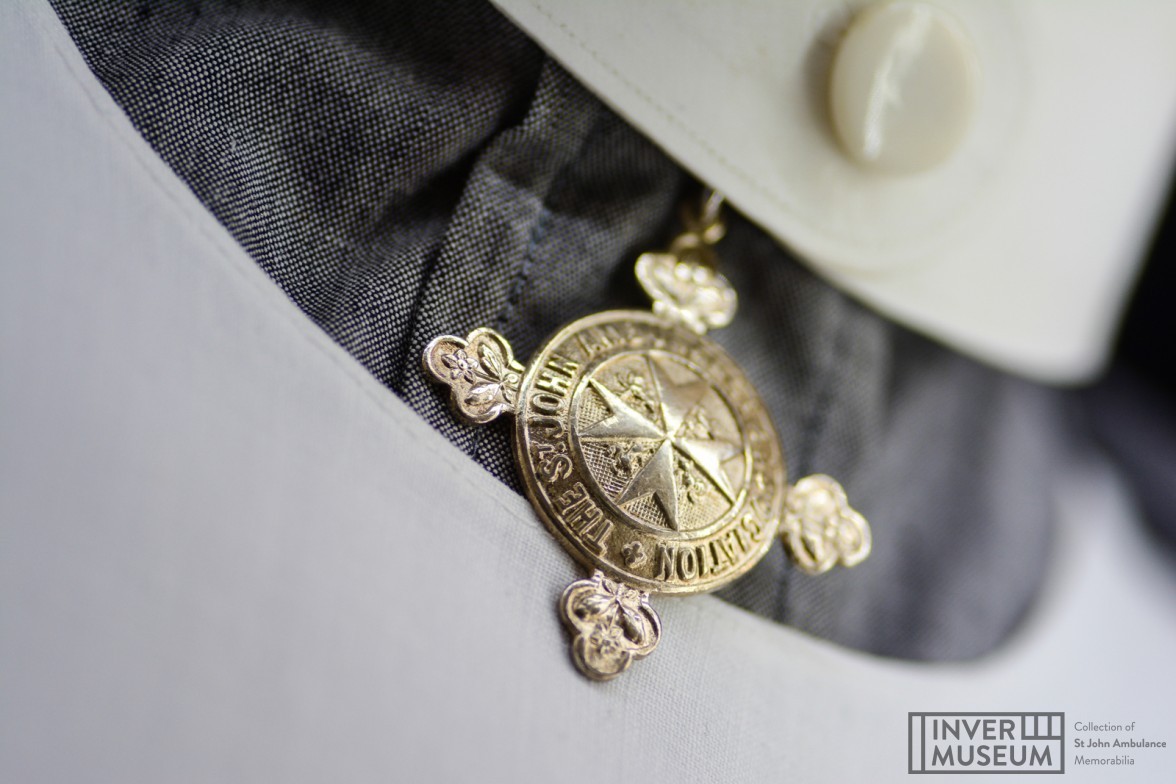 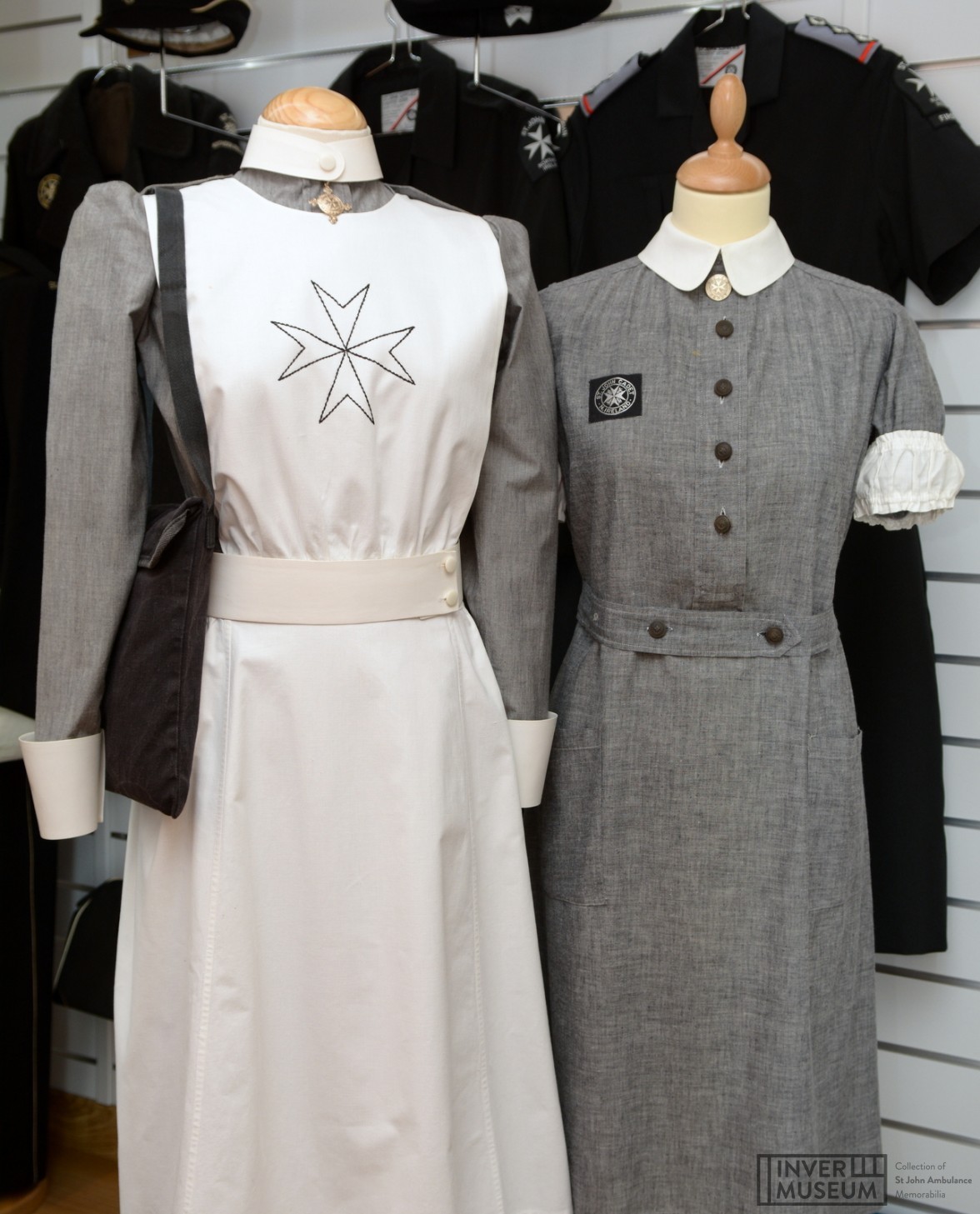 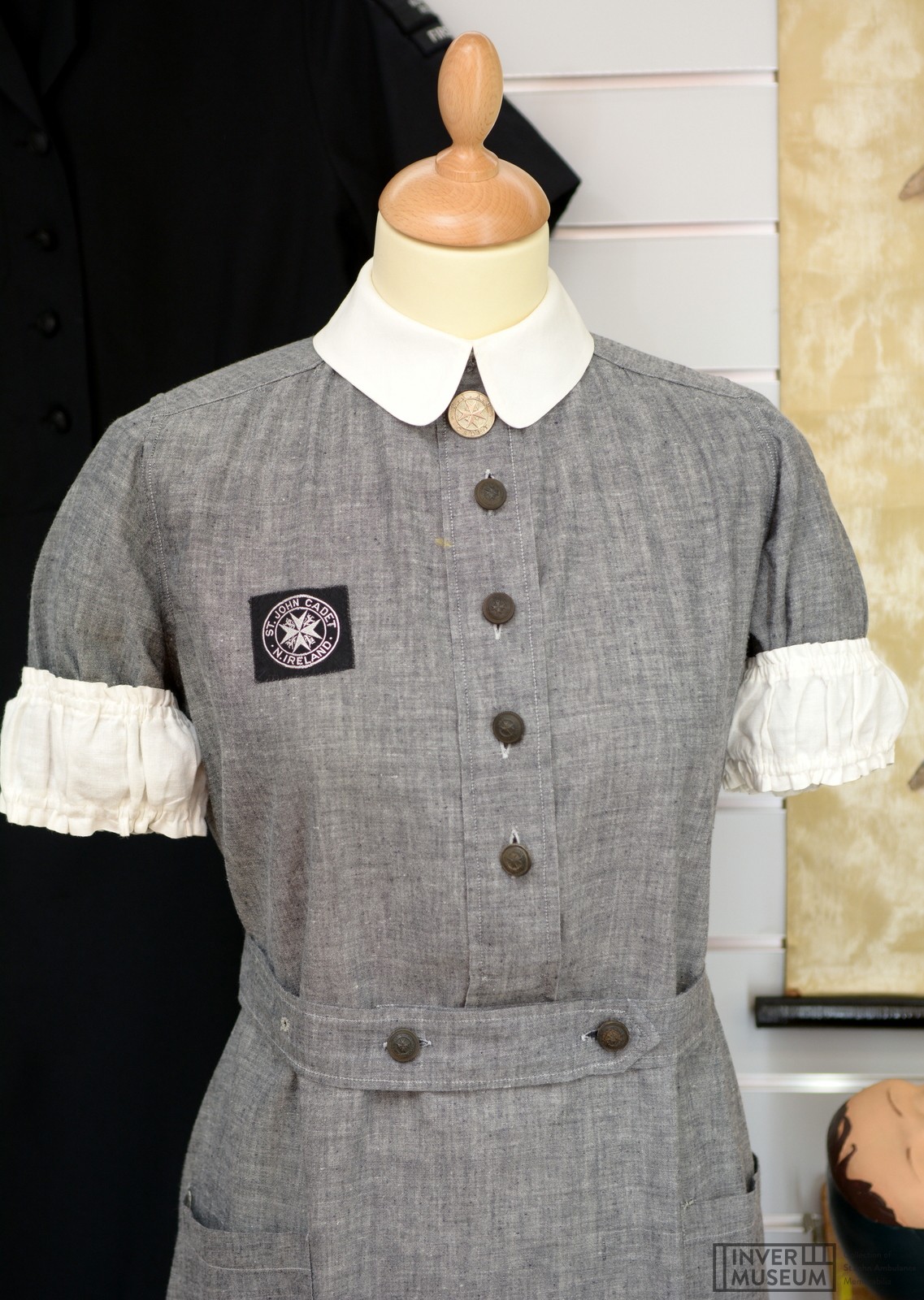 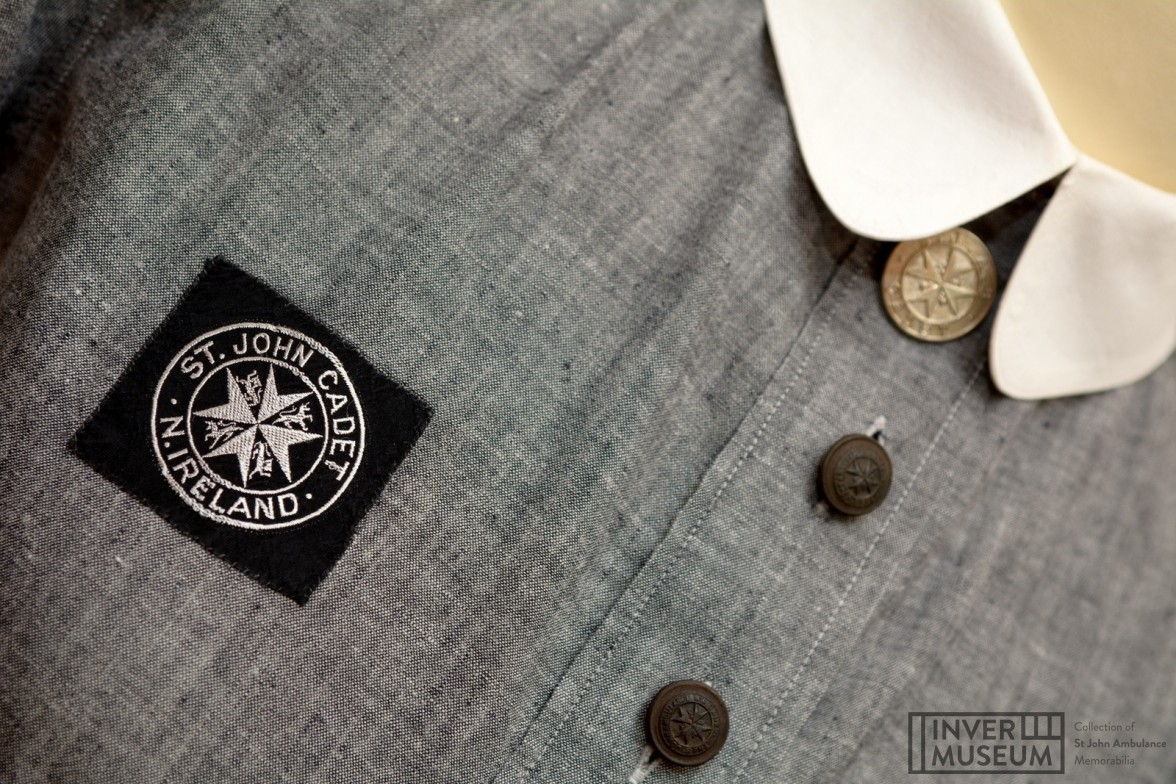 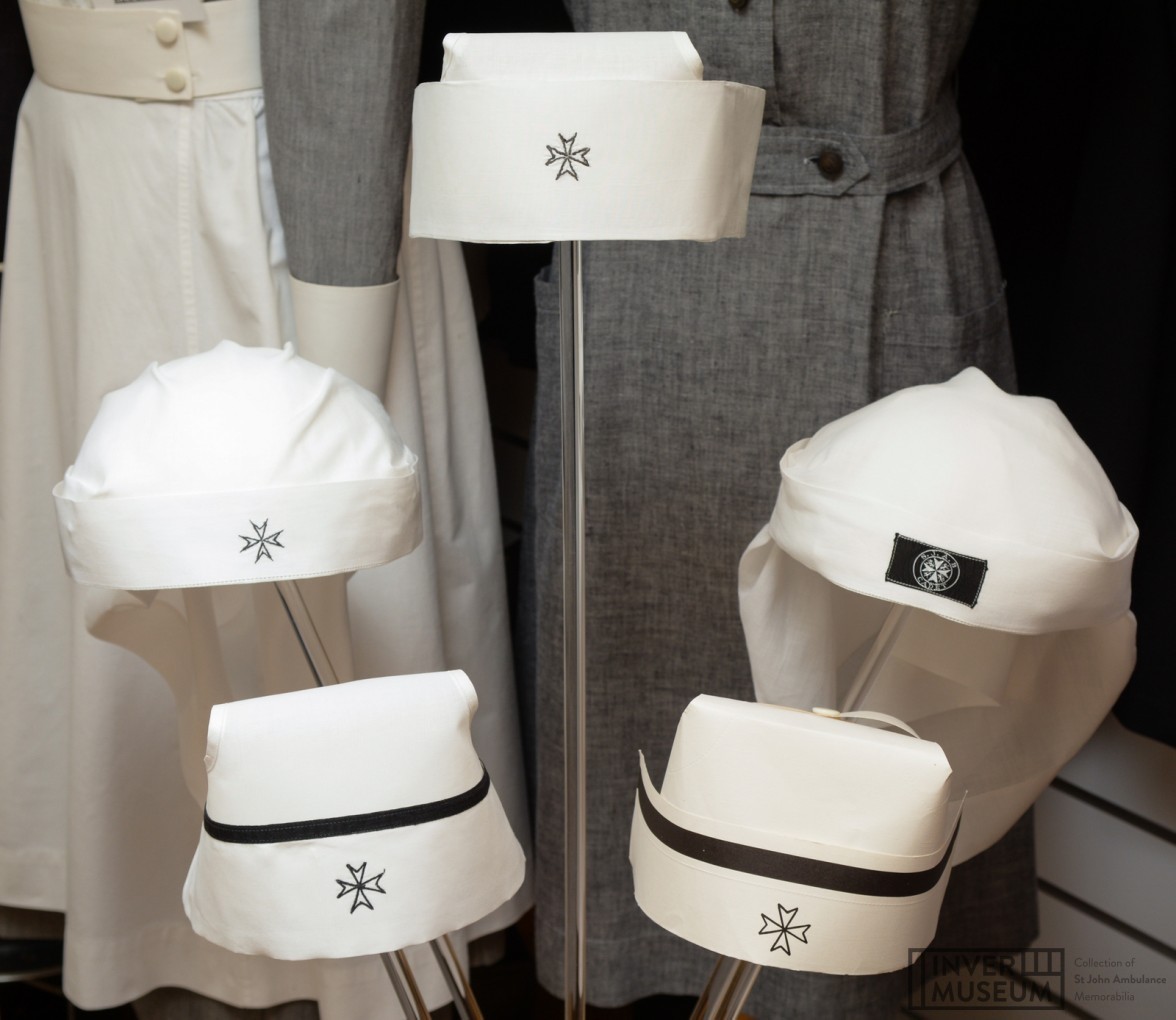 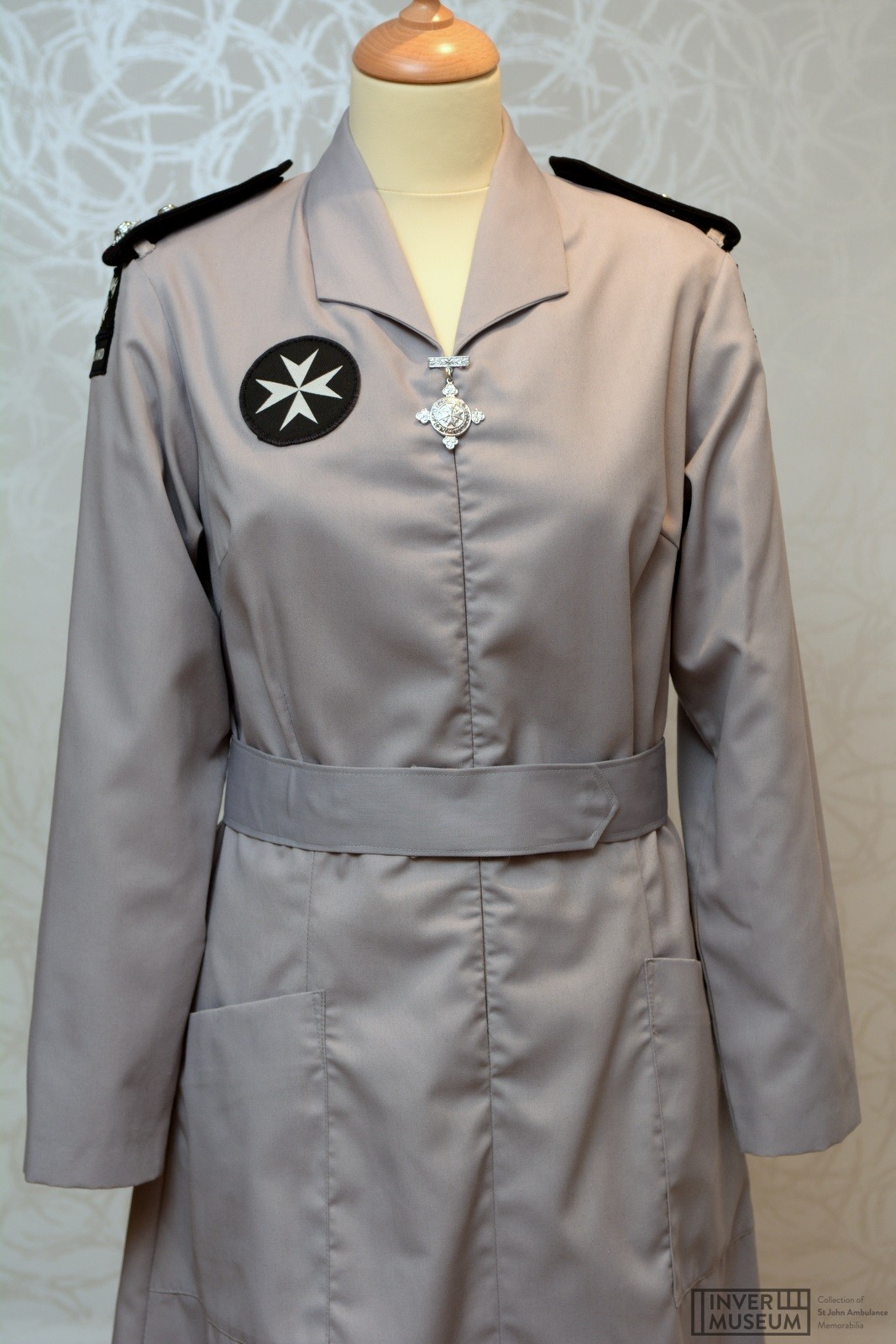 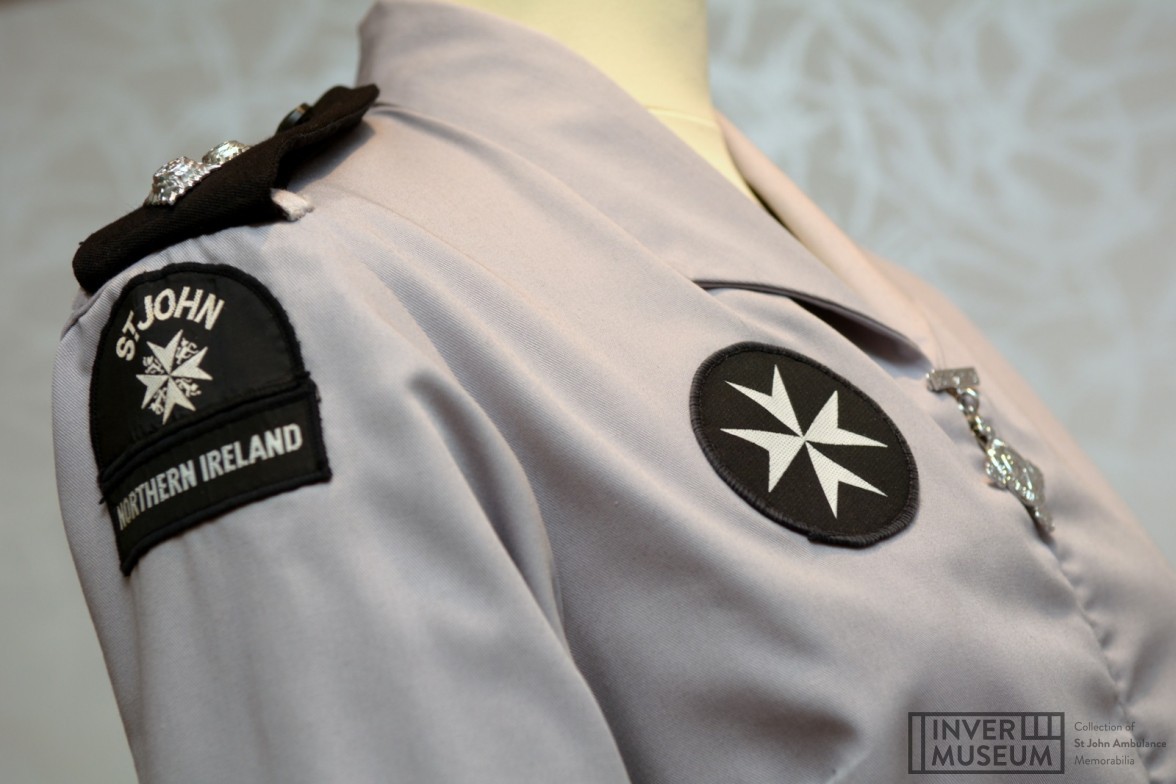 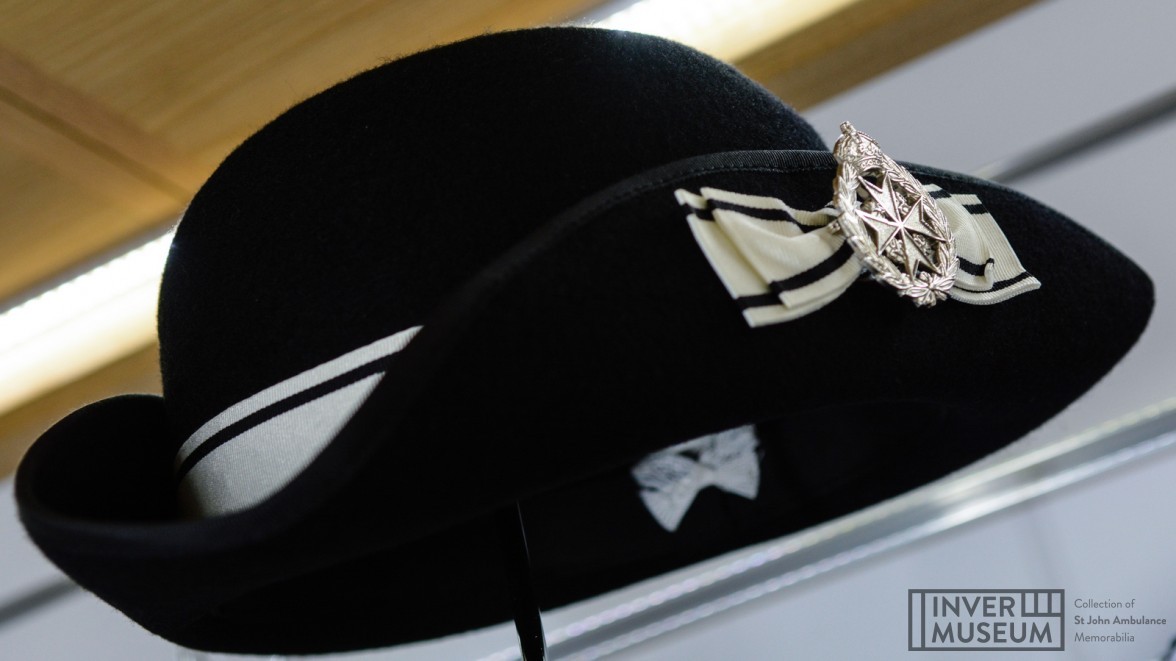 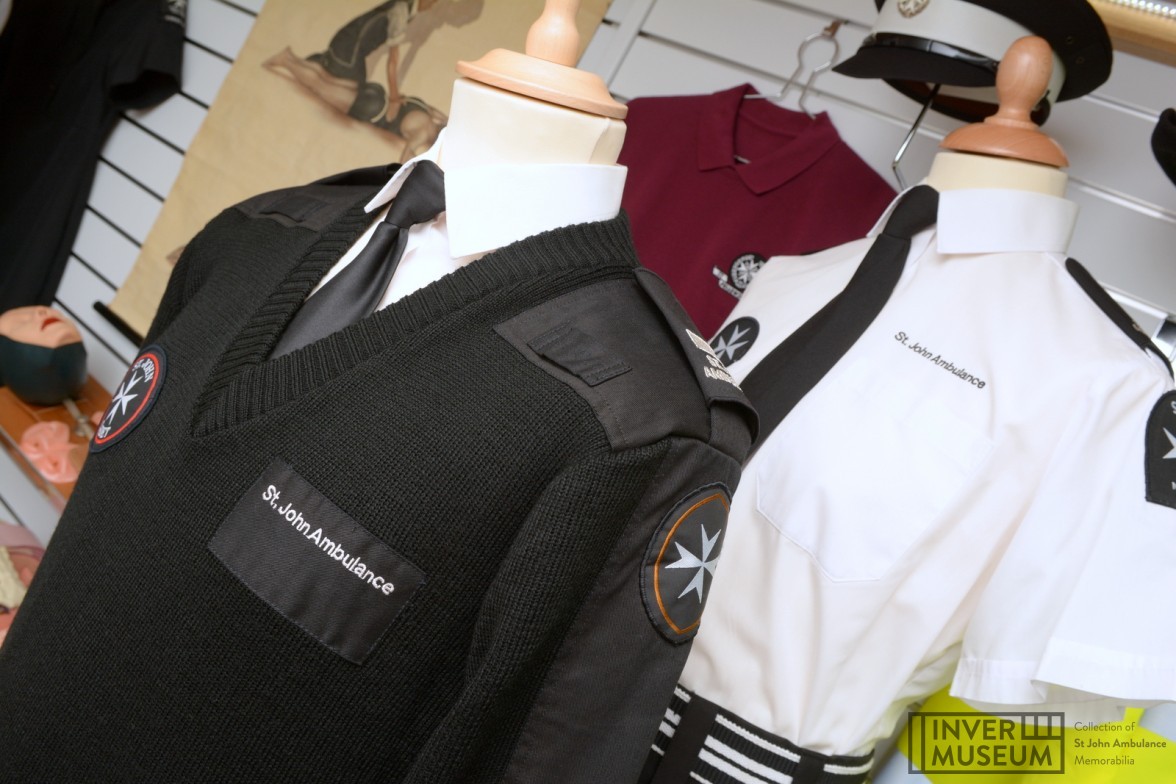 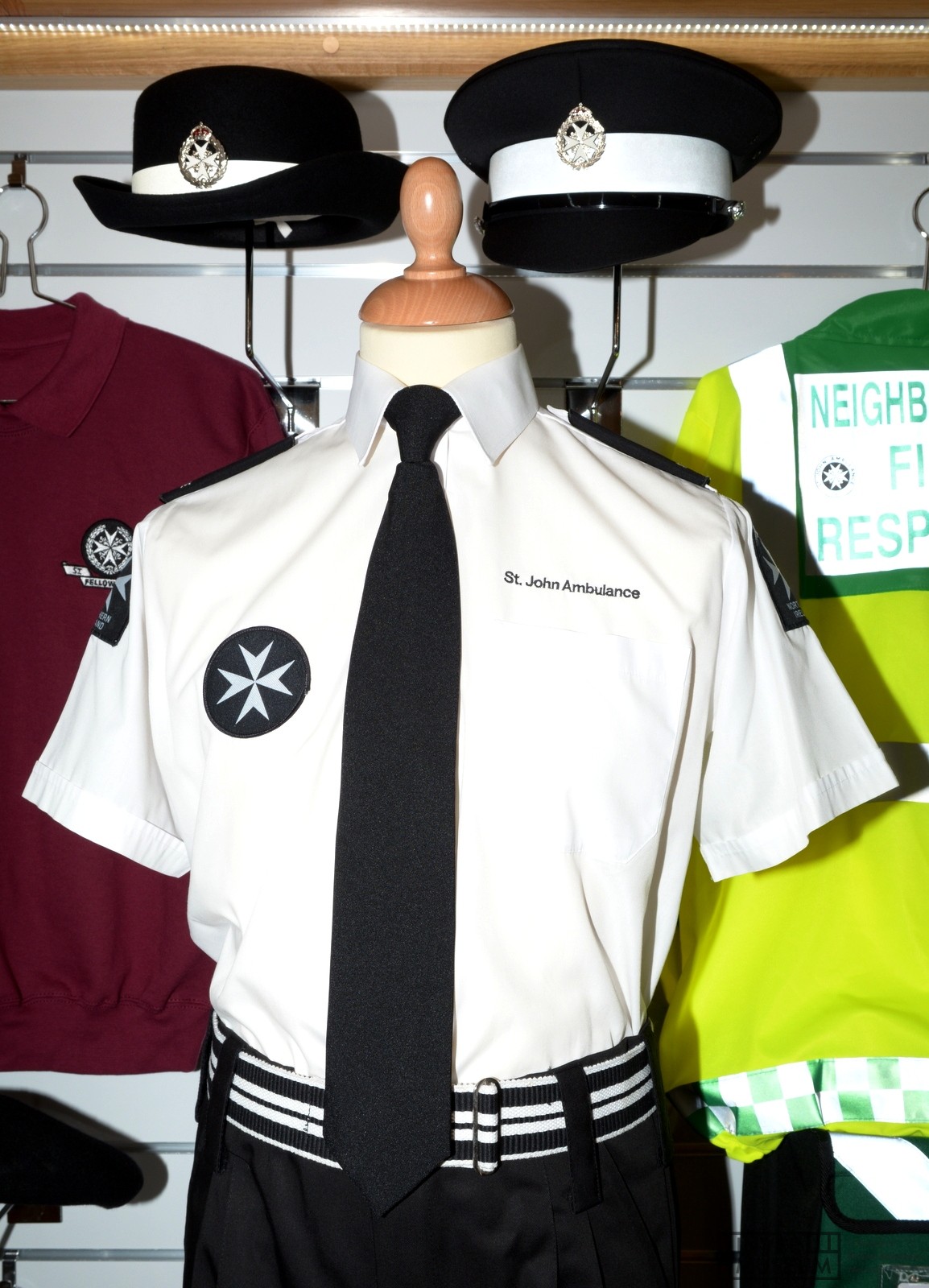 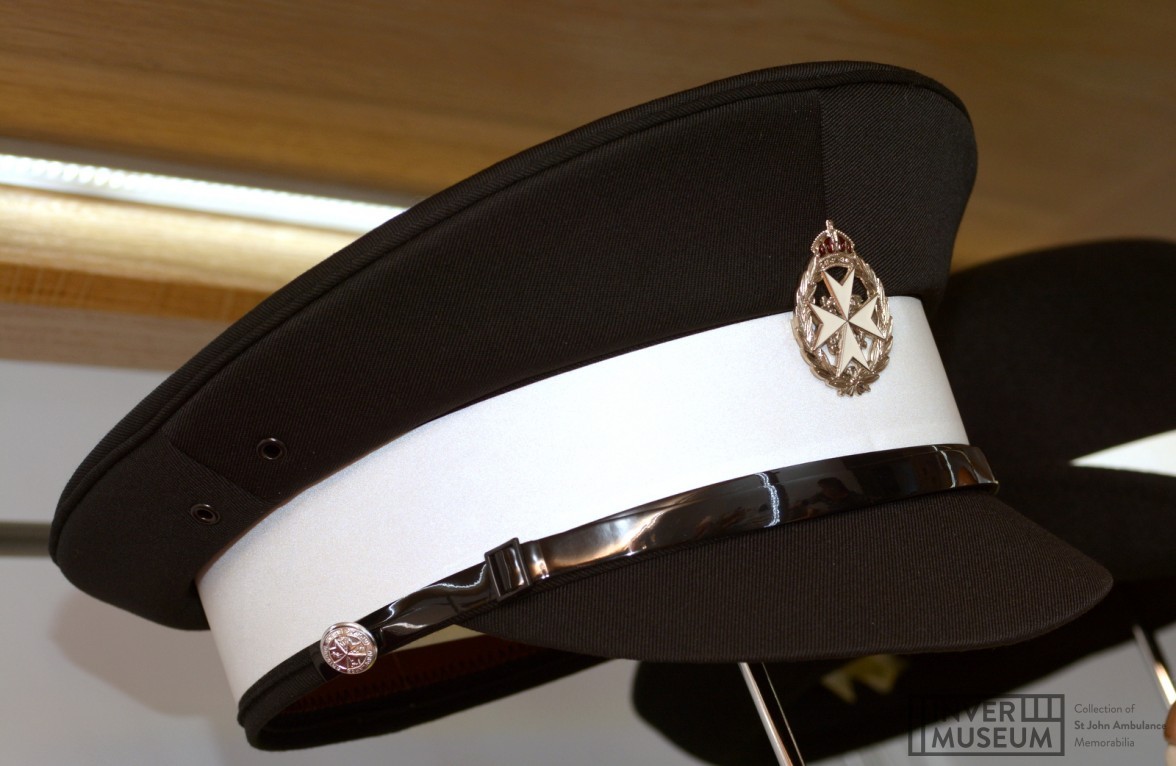 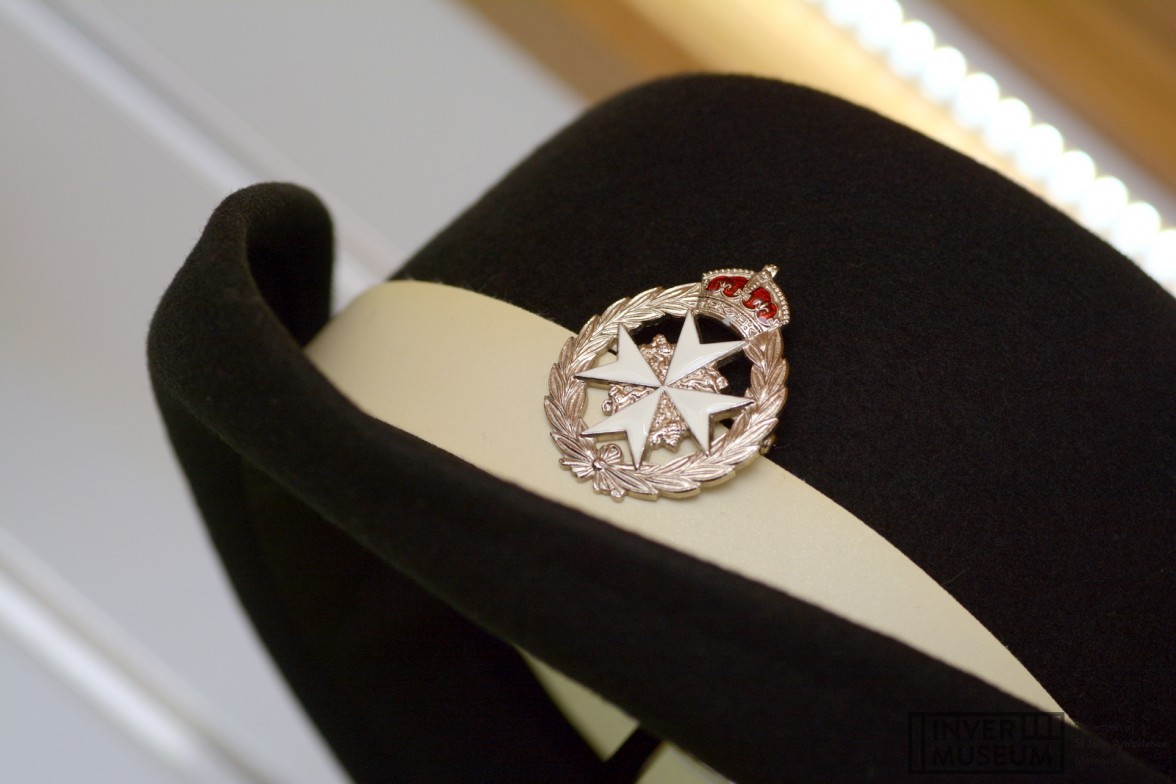 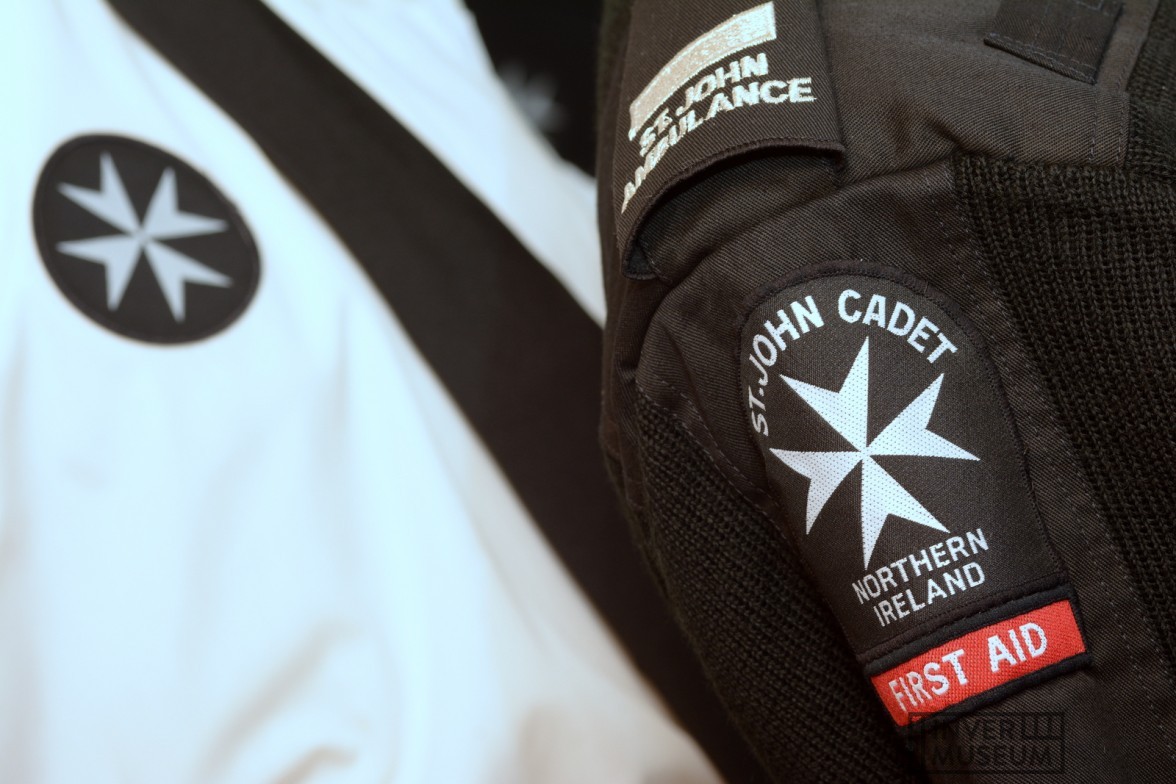 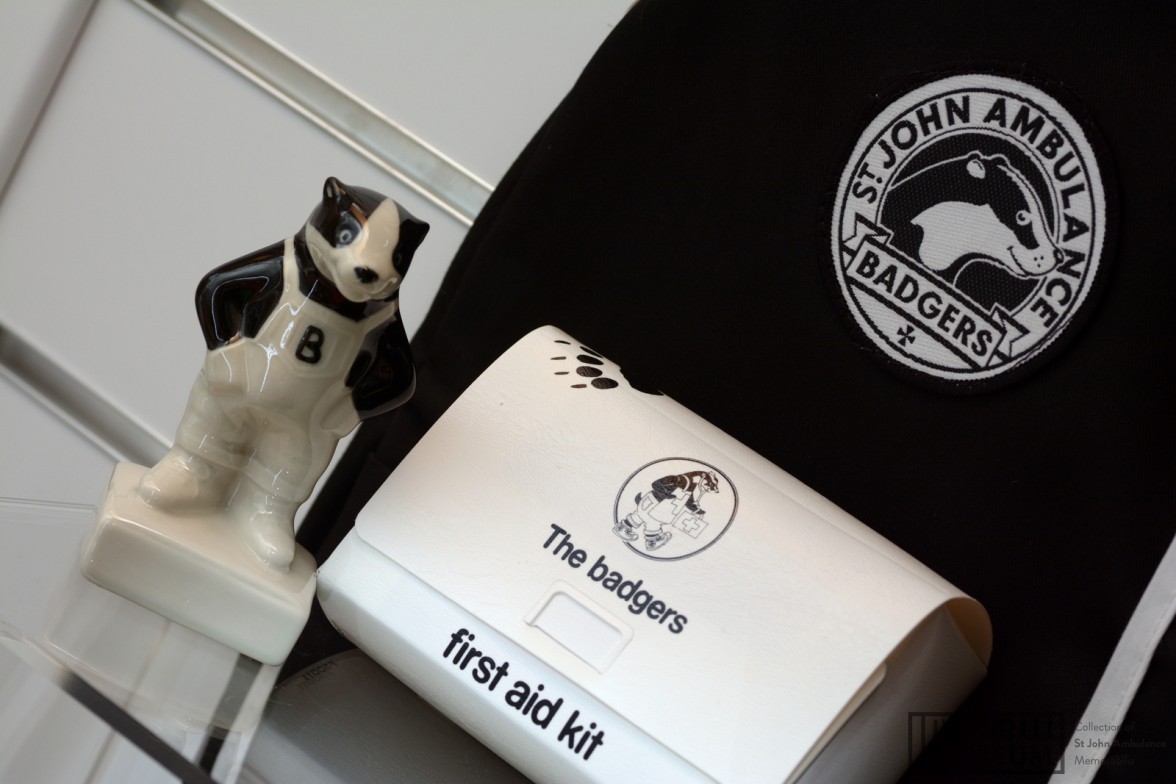 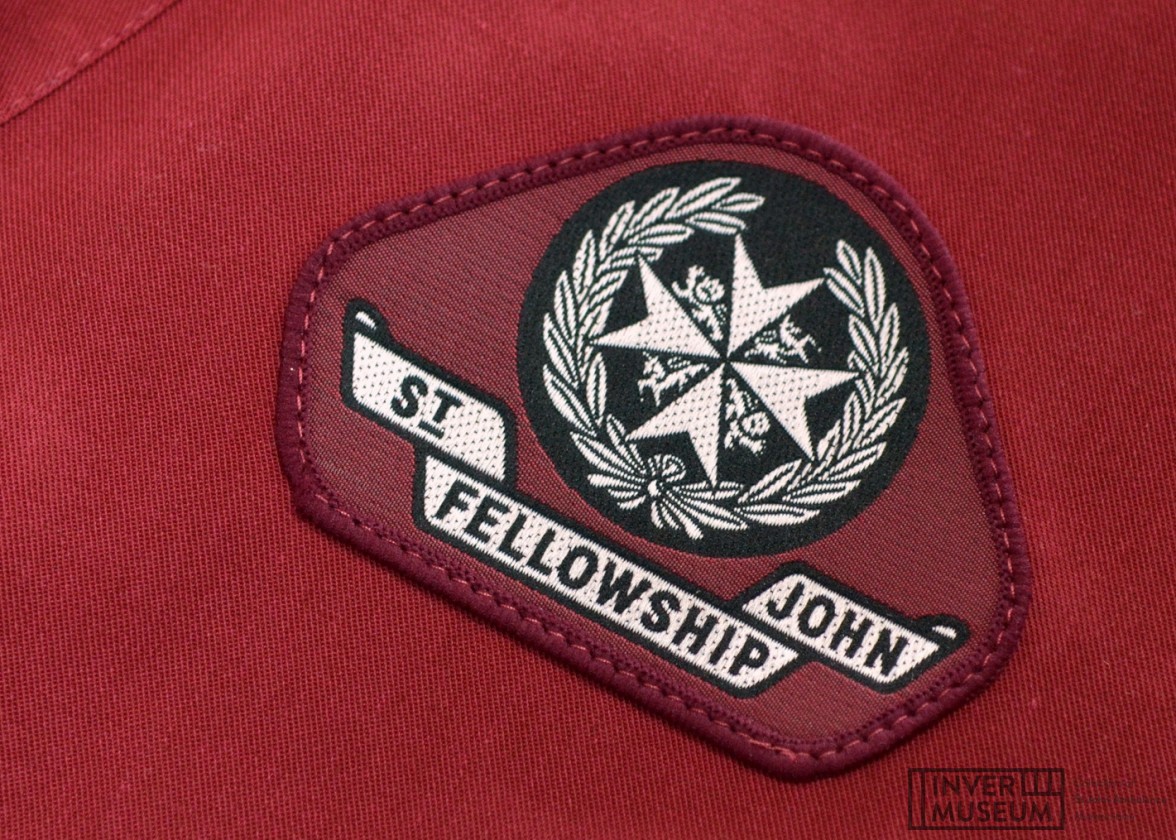 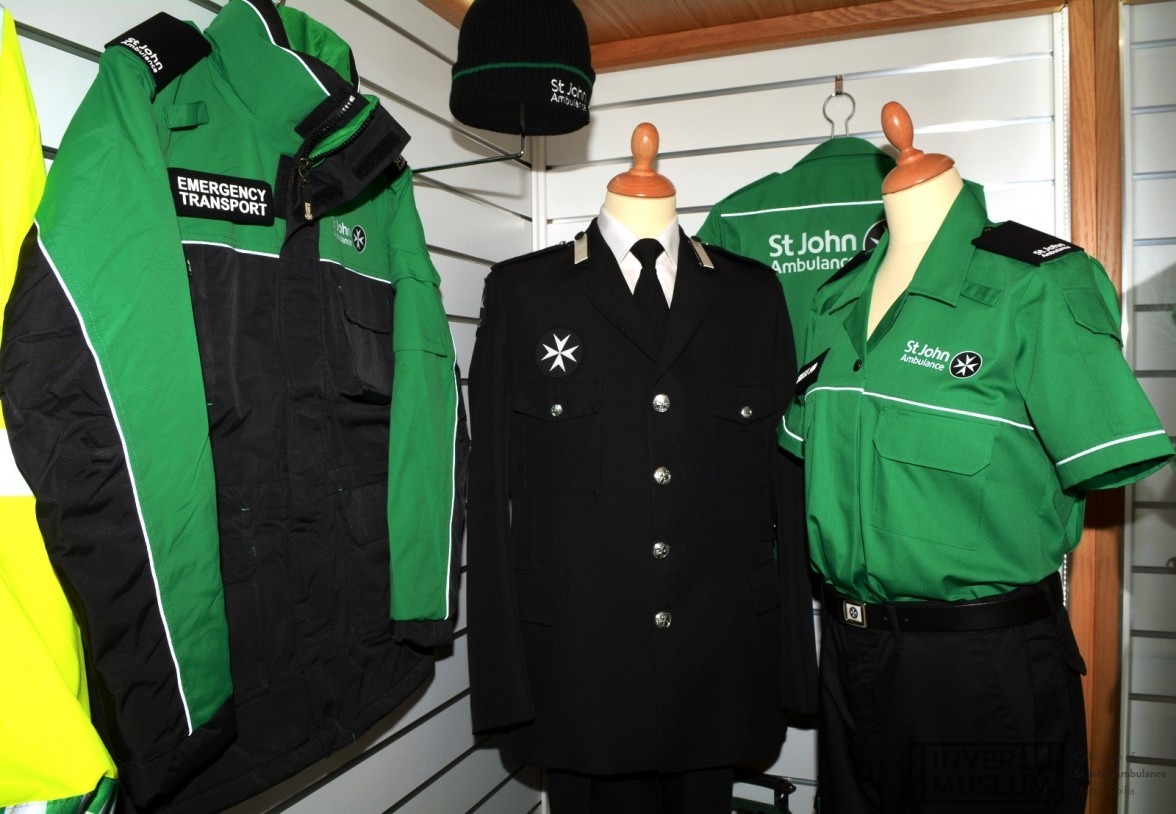 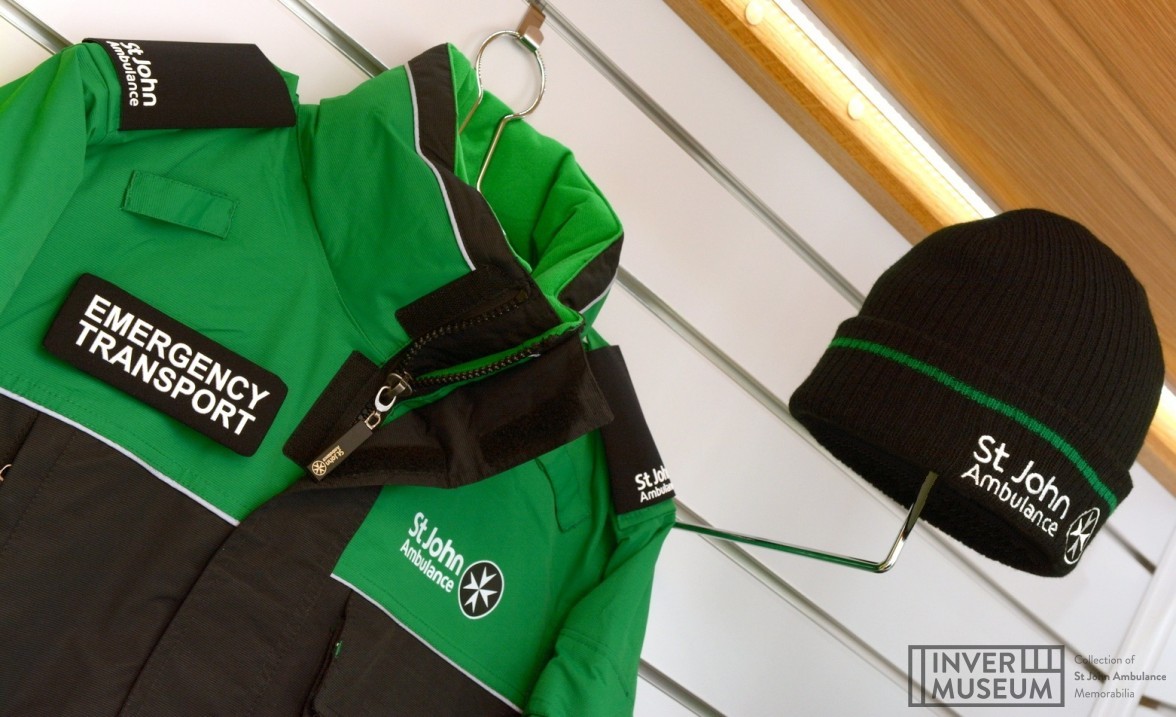 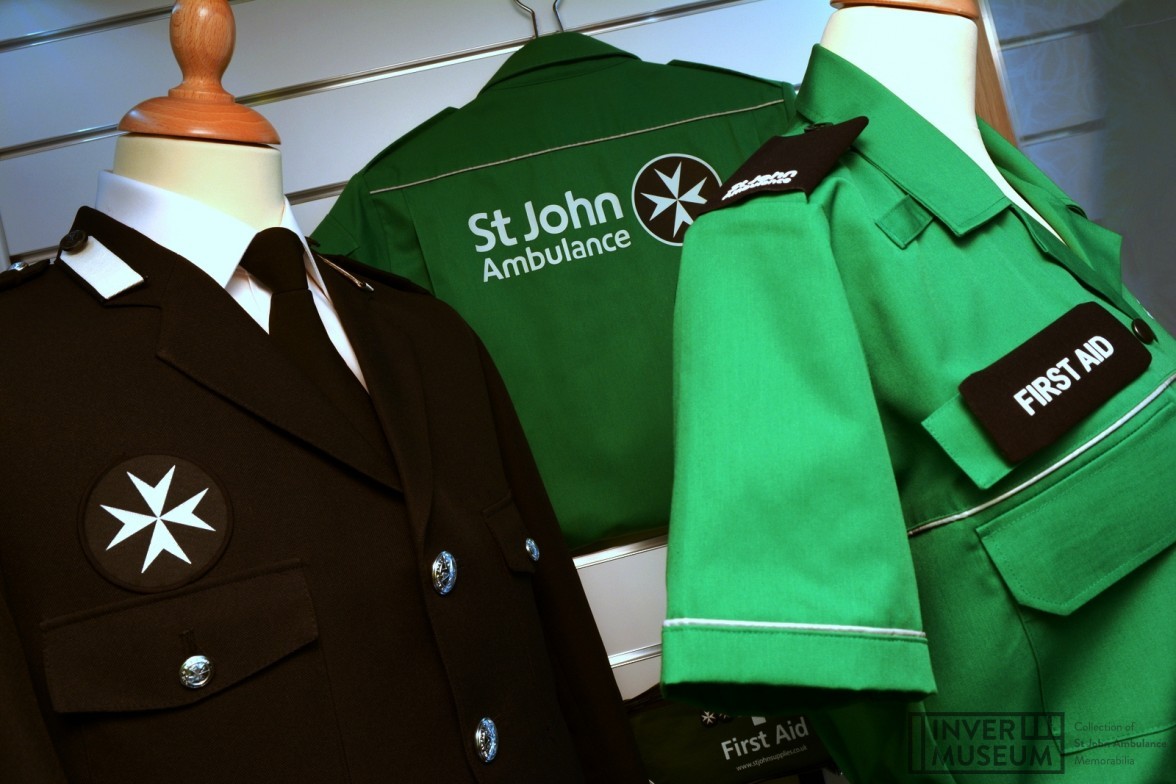