A selection of the Medals and uniform Badges relevant to wartime. 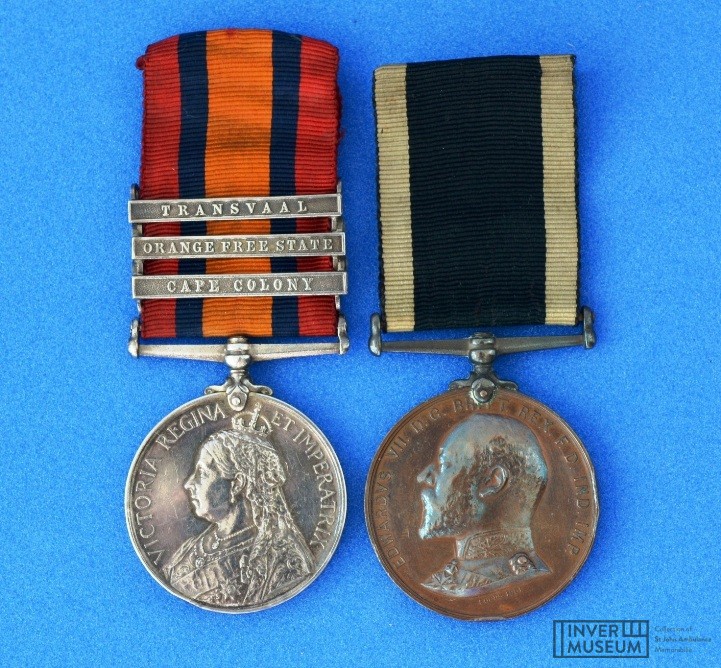 The Voluntary Aid Detachment (V.A.D.) scheme,  set up in 1909 as a reserve of the Territorial Army (Forces Medical Service),  was fully mobilised on outbreak of WW1.     V.A.D. members, classed as ‘Mobile’ or ‘Immobile’ were, as individuals, also referred to as VADs

The Military Home Hospitals Reserve formed in 1907 was a reserve for the R.A.M.C. and exclusively for male members of St John Ambulance.     In 1926 “Home” was dropped but there was the commitment of working overseas with Expeditionary Forces

Personnel in the Royal Naval Auxiliary Sick Berth Reserve  (1903 – 1949)  was drawn exclusively from the membership of St John Ambulance.      The medals are an example of those issued to a long serving ‘St John’ member. 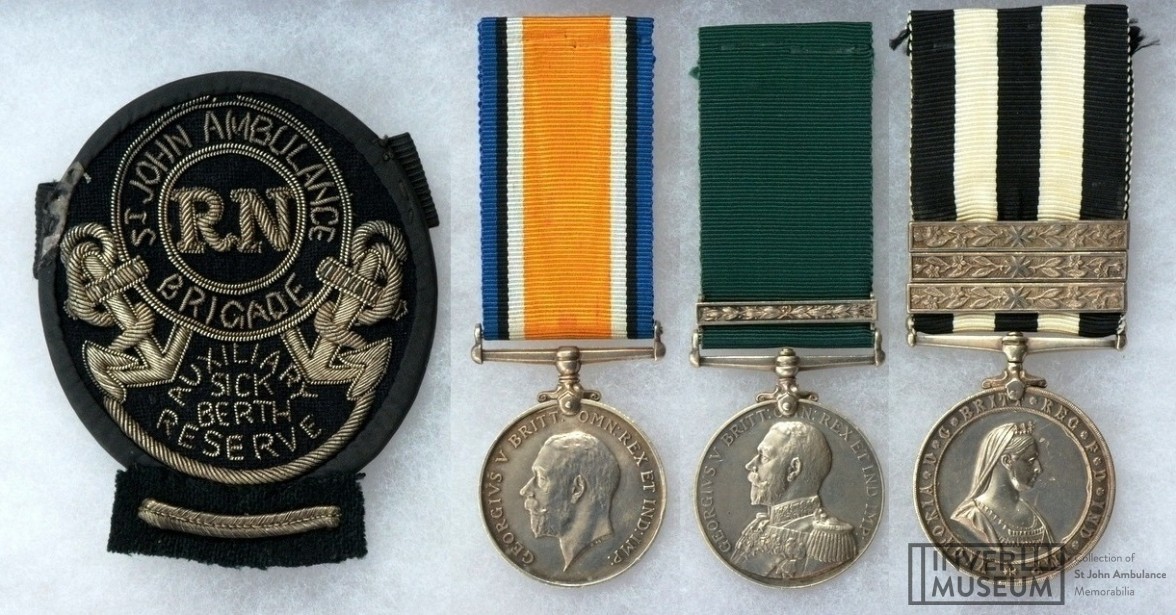 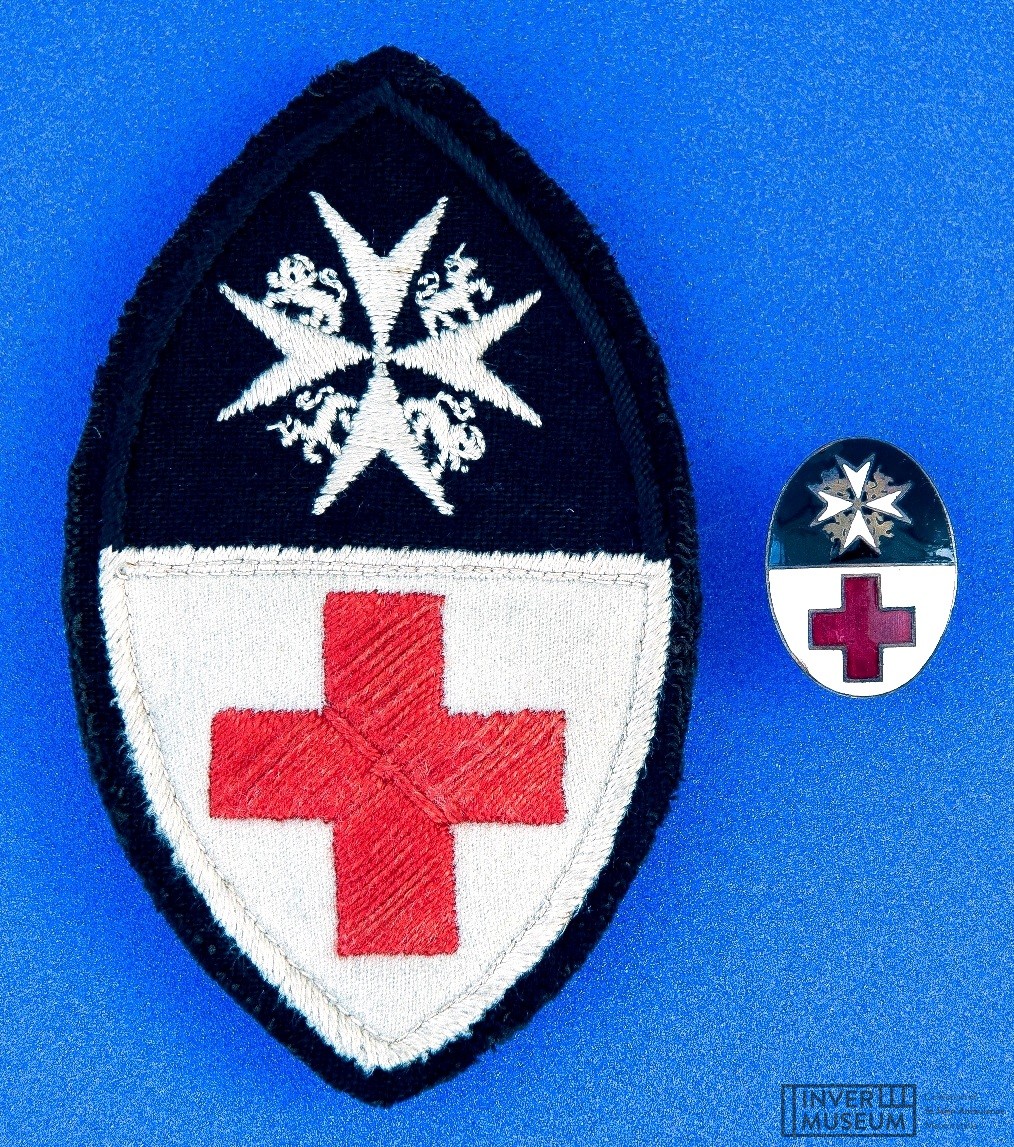 The ‘St John’ Hospital at Southport which comprised of 2 buildings  –  ‘The Woodlands’  &  ‘The Grange’  –  opened in 1915 with accommodation for 500 beds and was the largest.    After the change to Primary status the Hospital received Ambulance trains direct from Southampton 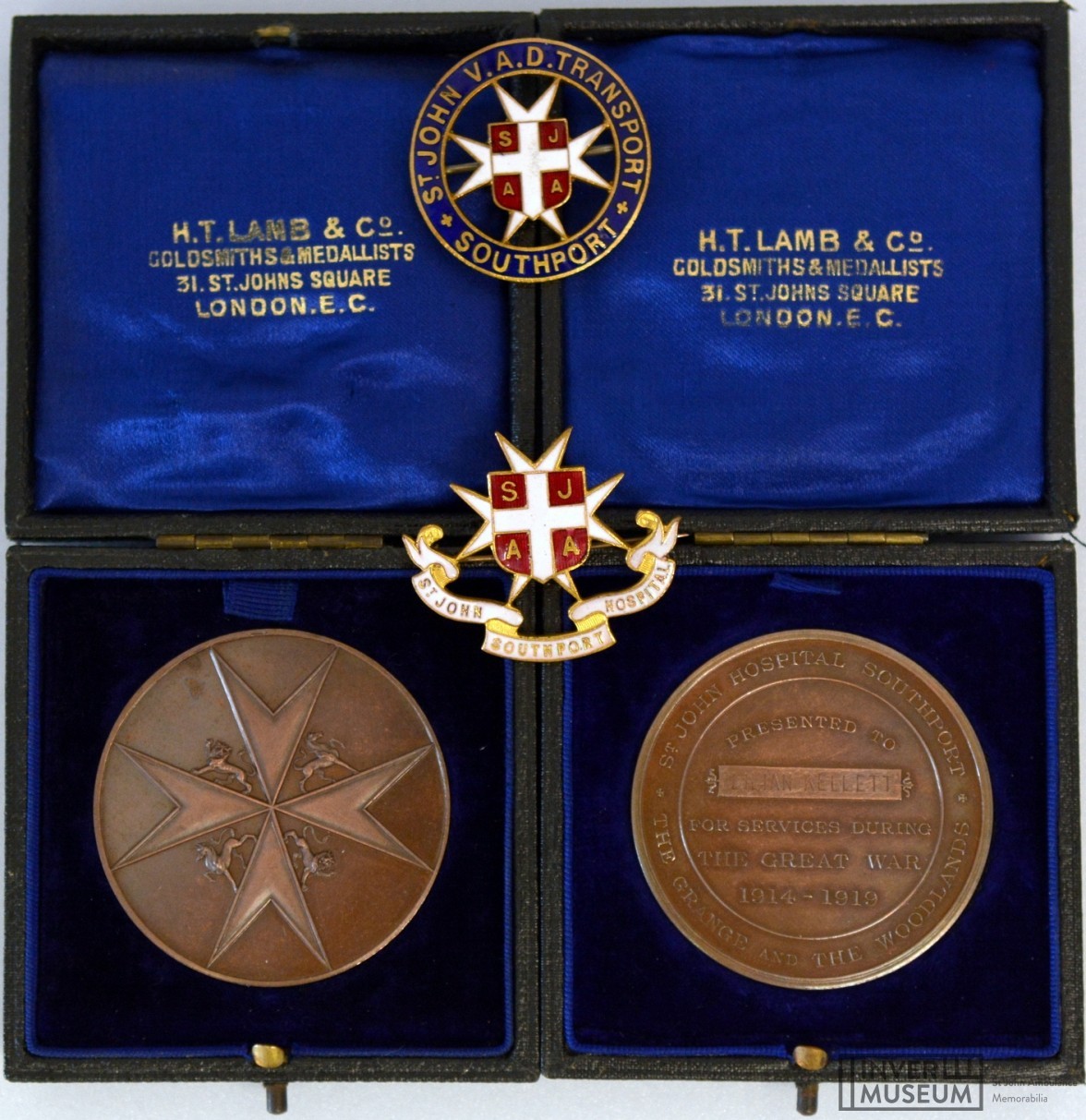 Examples of 2 tribute medals awarded to staff at the  ‘St John’ Jeffrey Hall VAD Hospital, Sunderland and named to the same person.     The larger medal is relevant to the Hospital whilst the smaller one was issued to County Durham VAD members for services during WW1 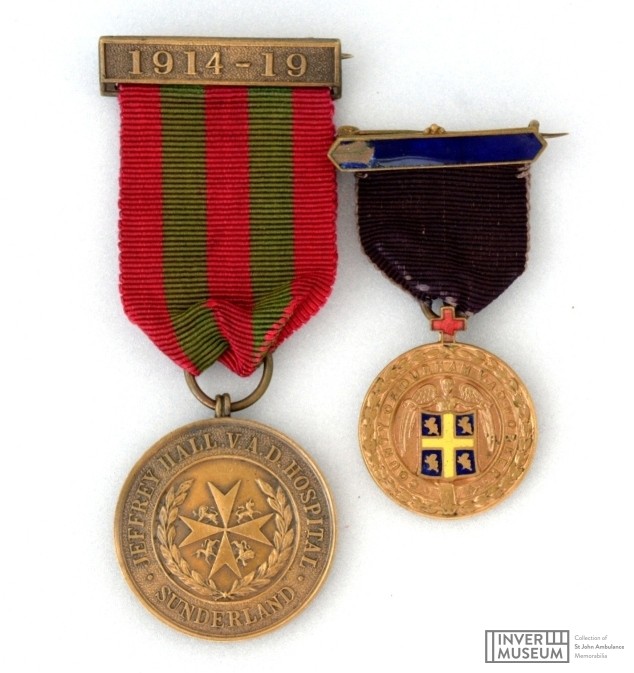 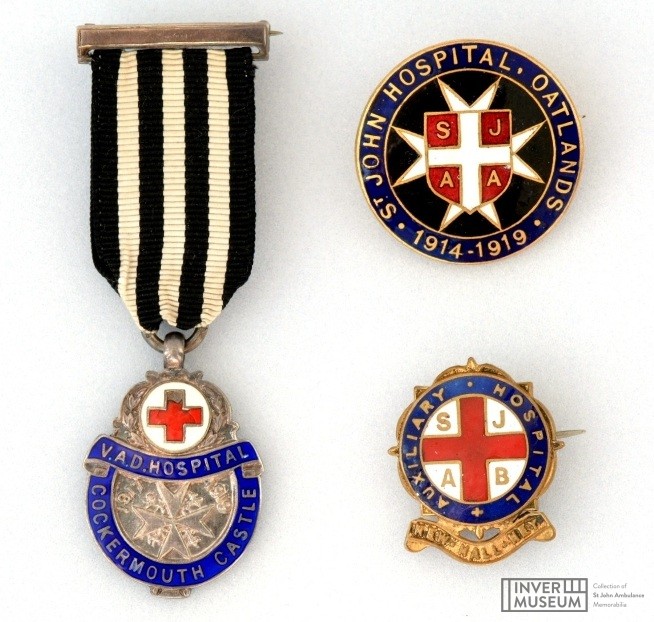 St John Ambulance members were issued with a numbered Medallion acknowledging service during WW1.     Held in the collection are examples with named brooch bars for most County areas in England 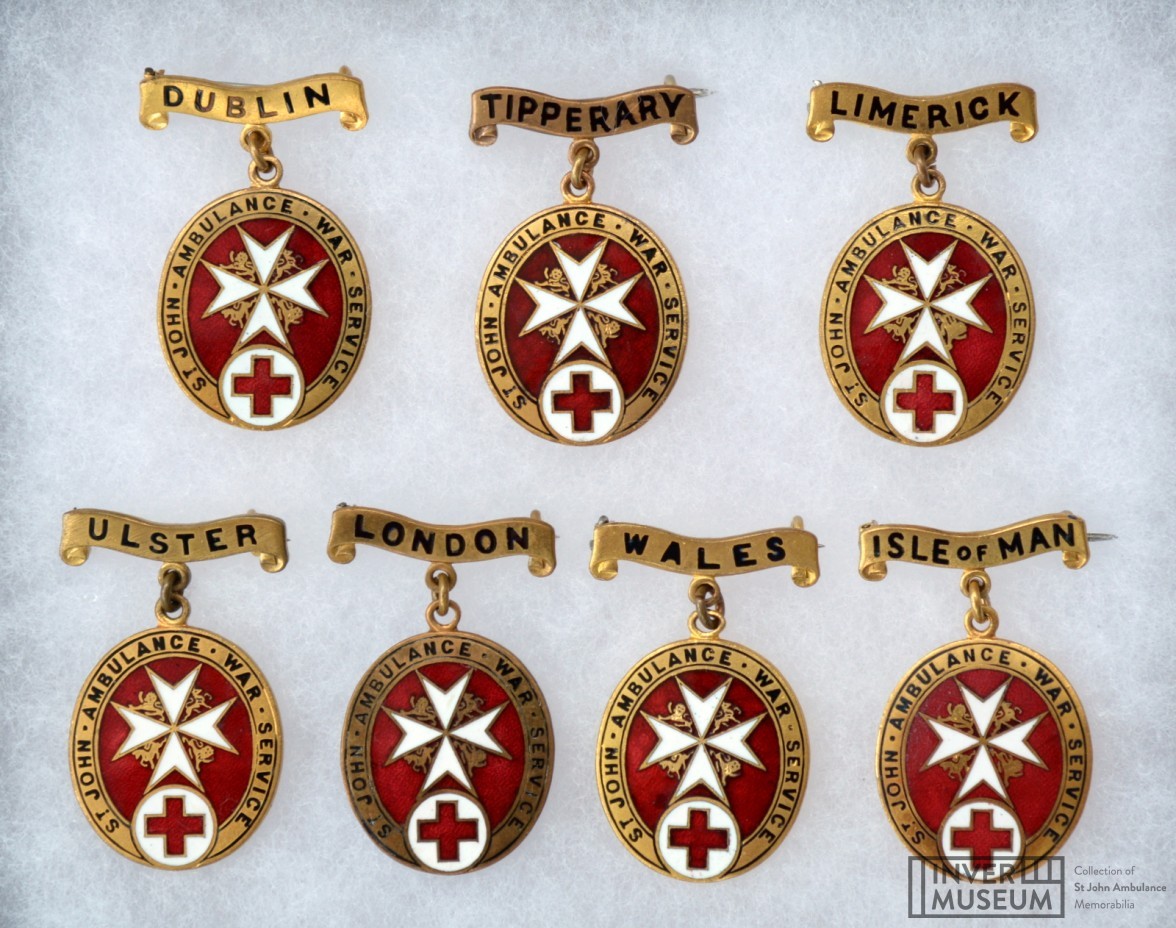 In countries where St John Ambulance had previously been established the service of members during WW1 was acknowledged.     Examples shown are   India,  Australia  and  Malta. 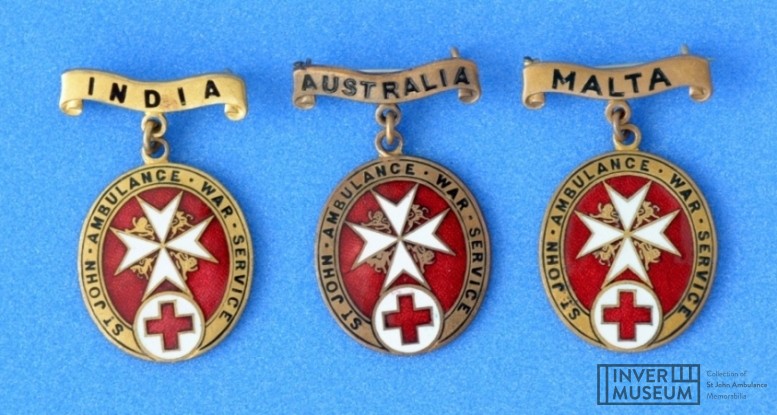 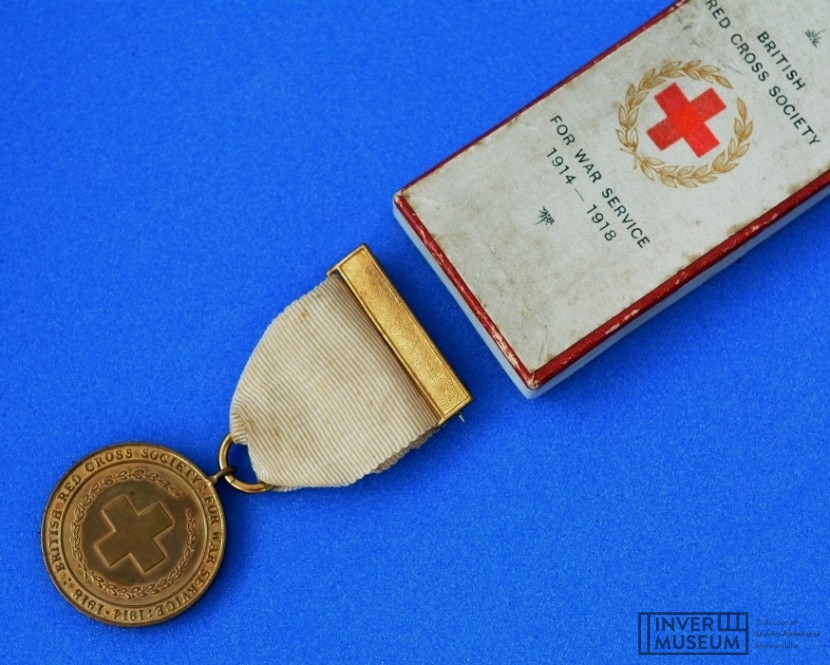 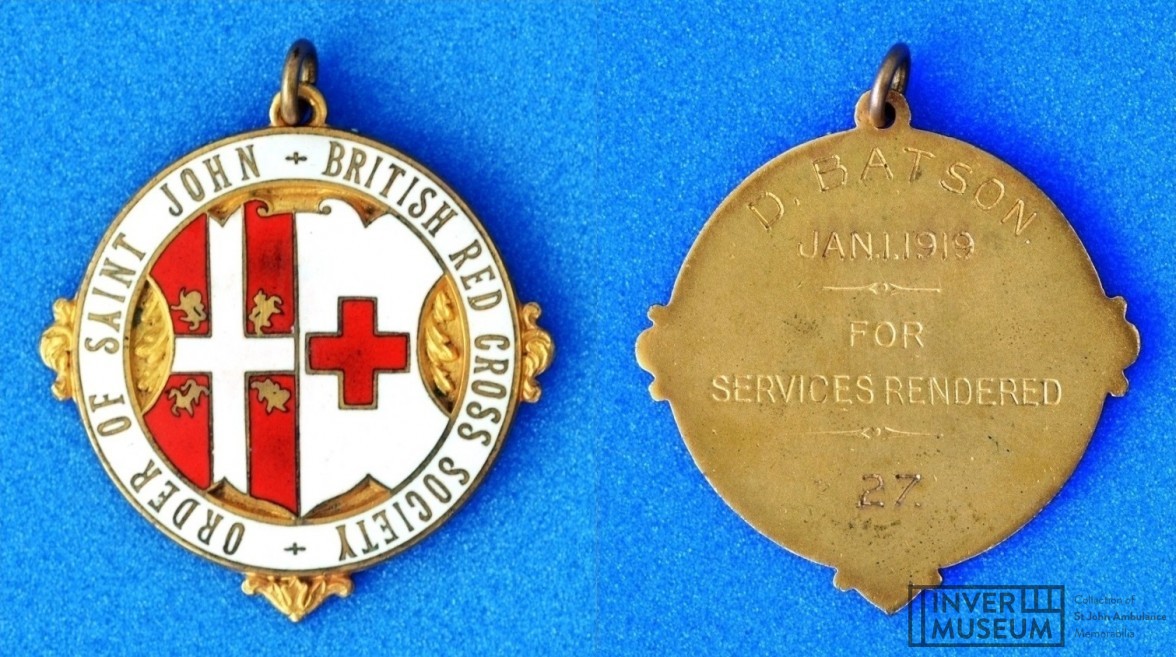 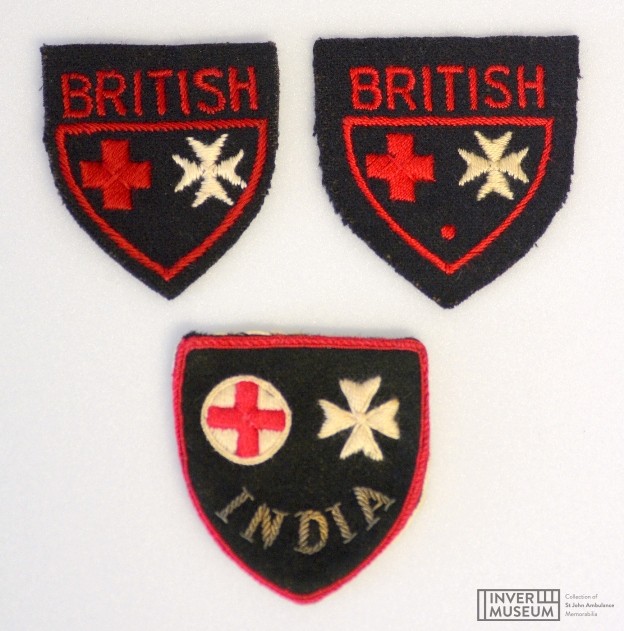 Mobile VAD Members were available to work wherever the need was greatest, generally in Military Hospitals ‘at home’ and abroad 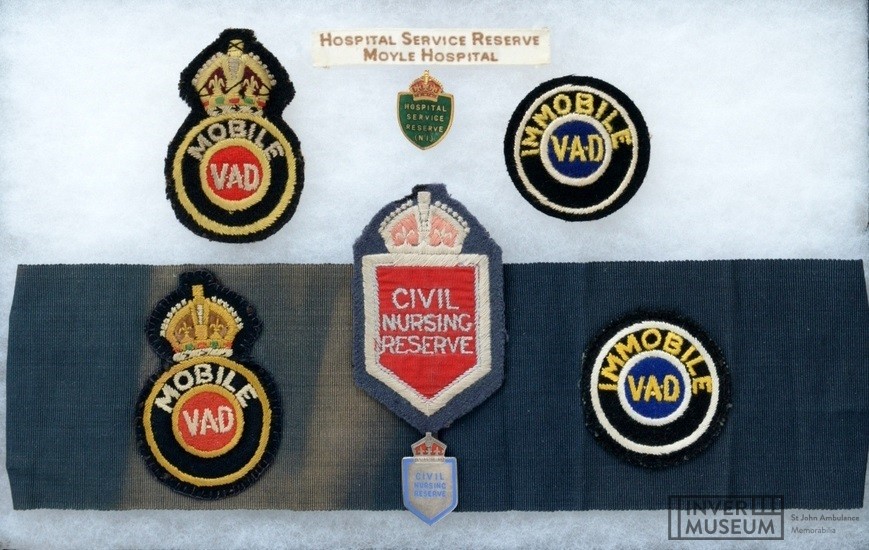 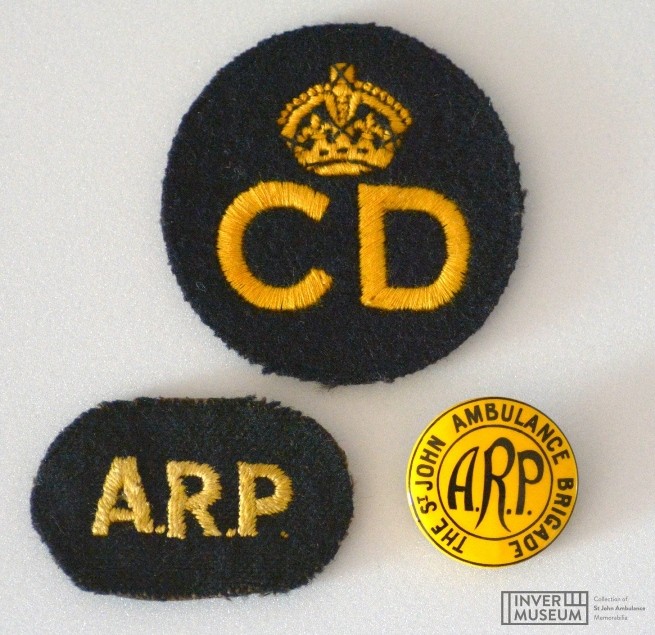 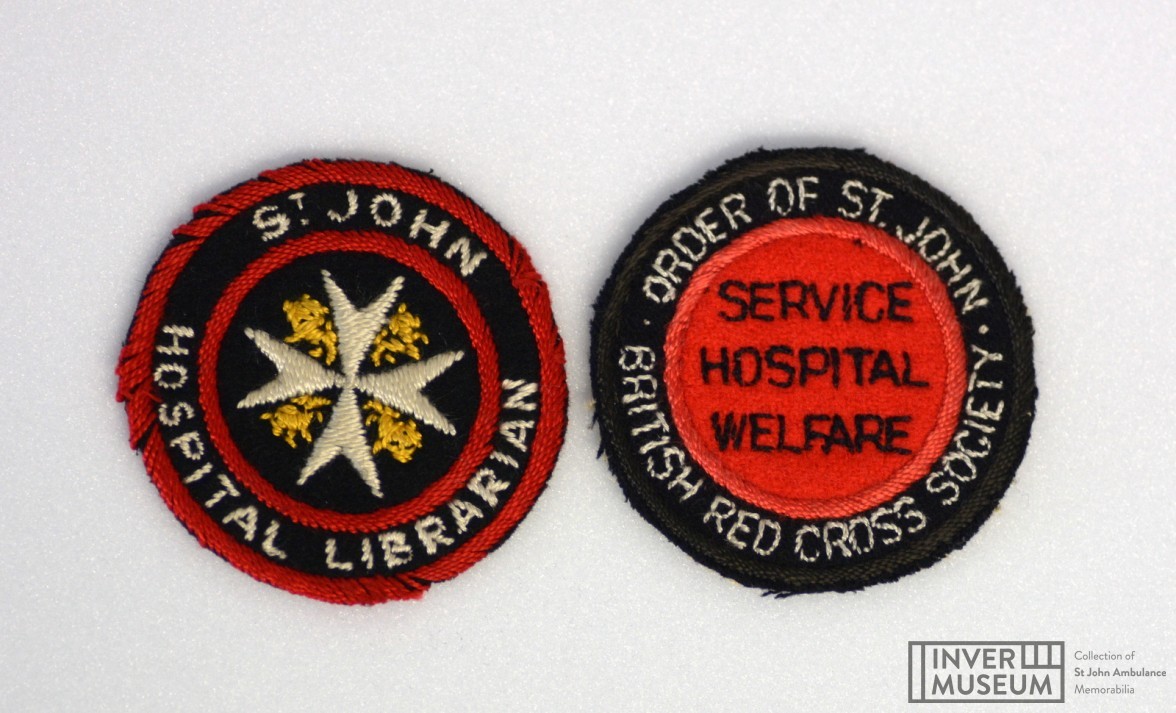 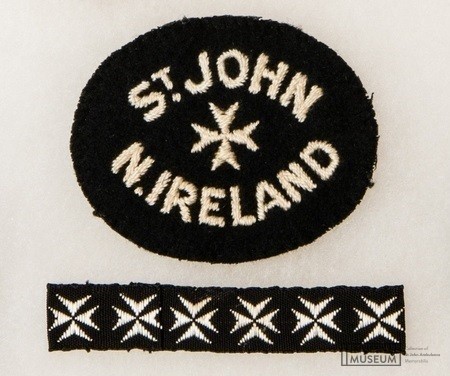 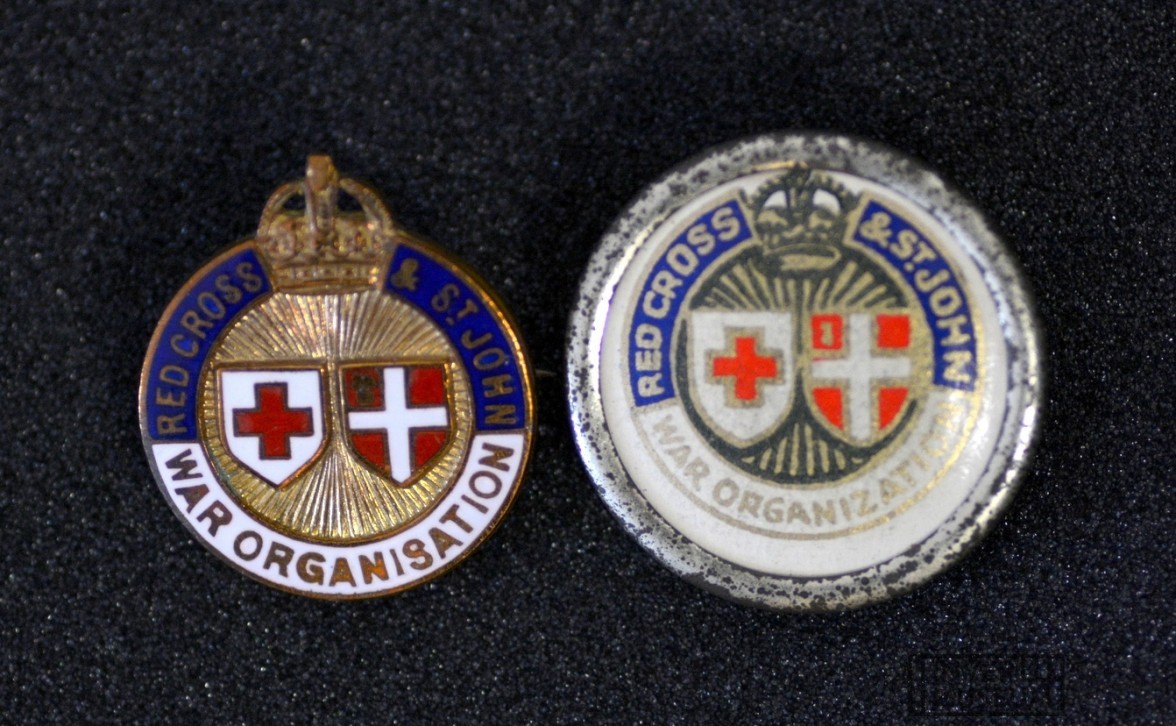 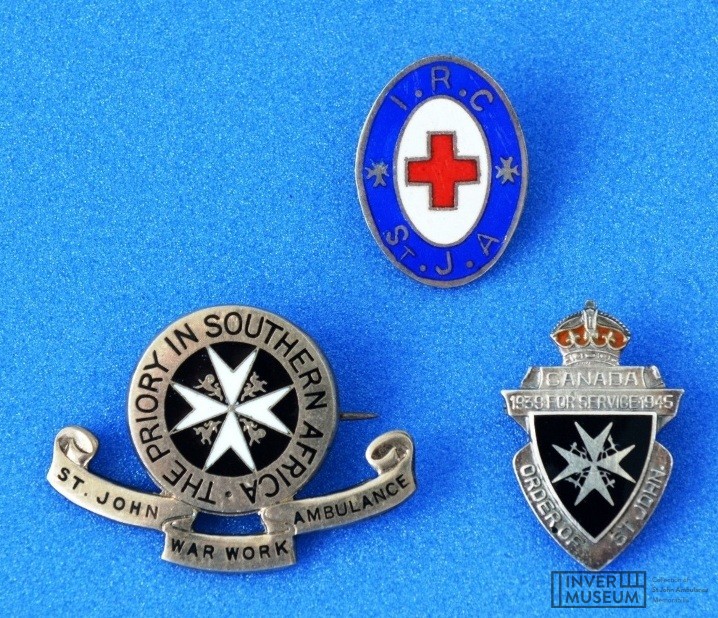 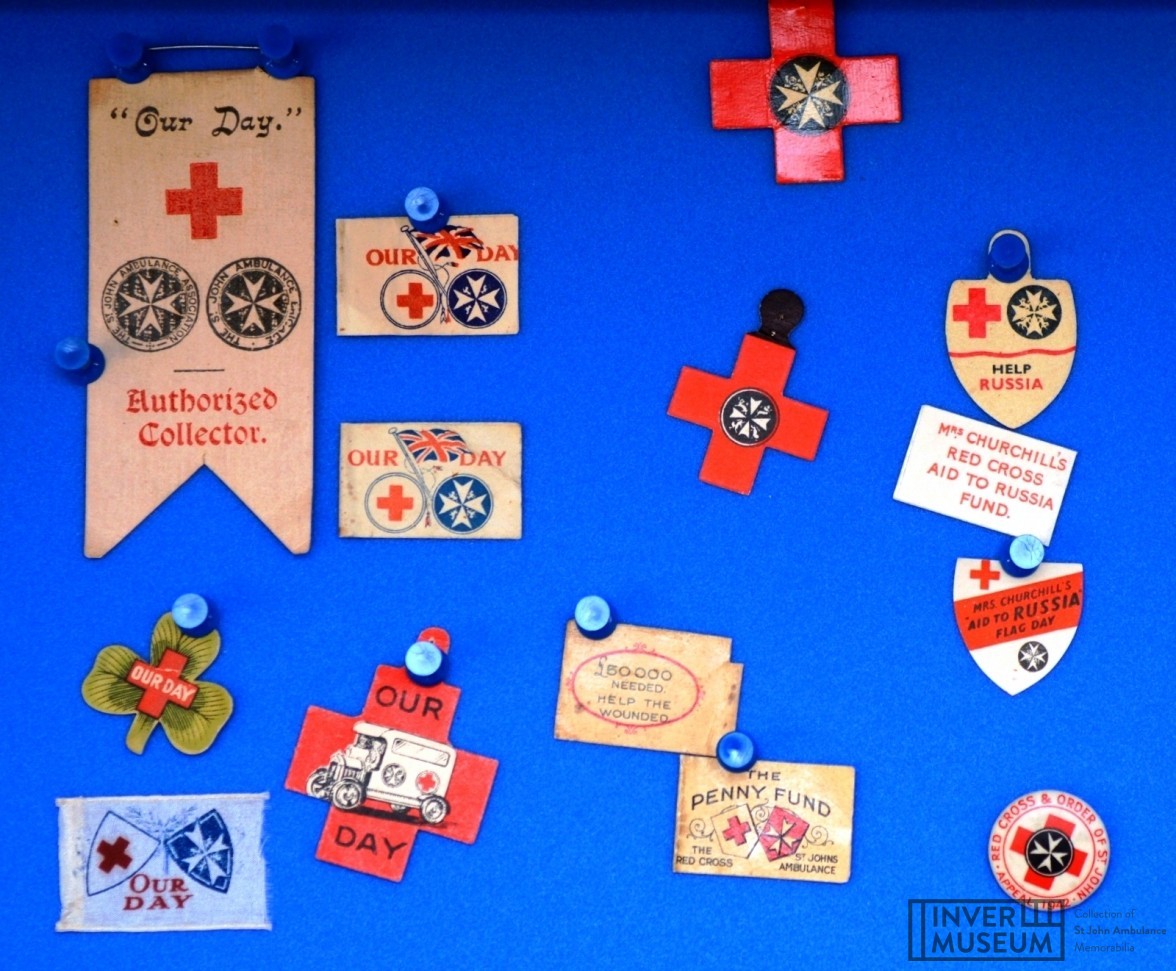 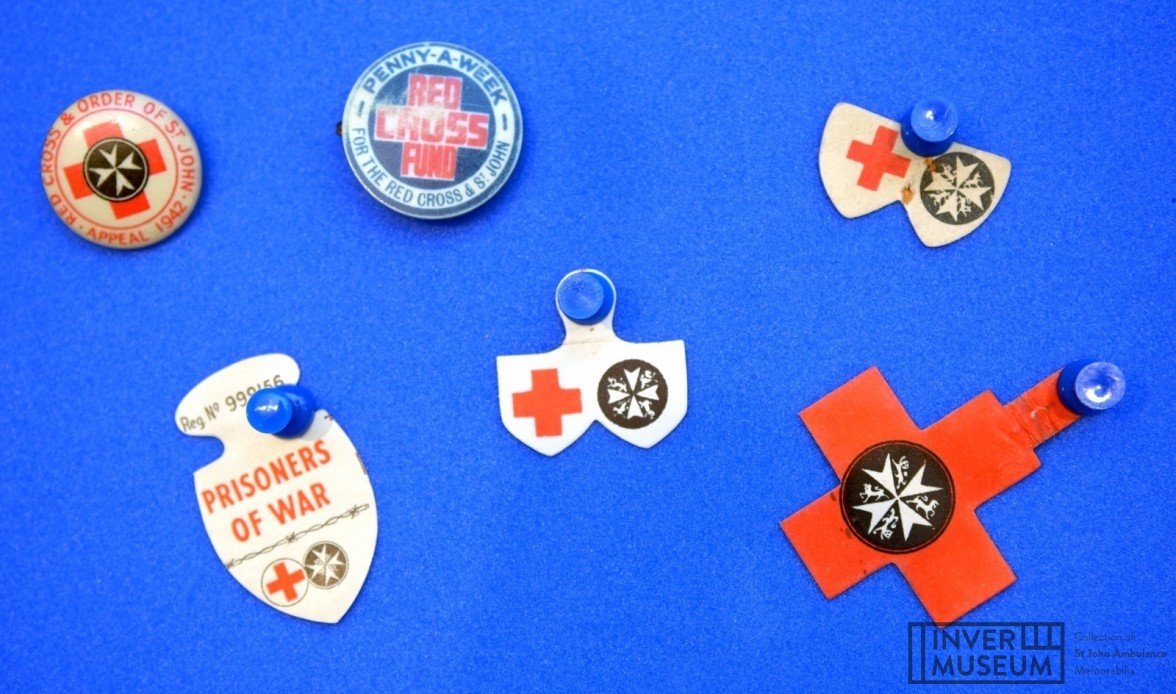 The 1918 Red Cross & Order of St John Pearl Appeal fundraising scheme involved all sections of society including Royalty.      Ladies donated a pearl making up a total of over 3,590 which were made up into necklaces and eventually sold at auction by Christies.     The proceeds  were for sick and wounded. 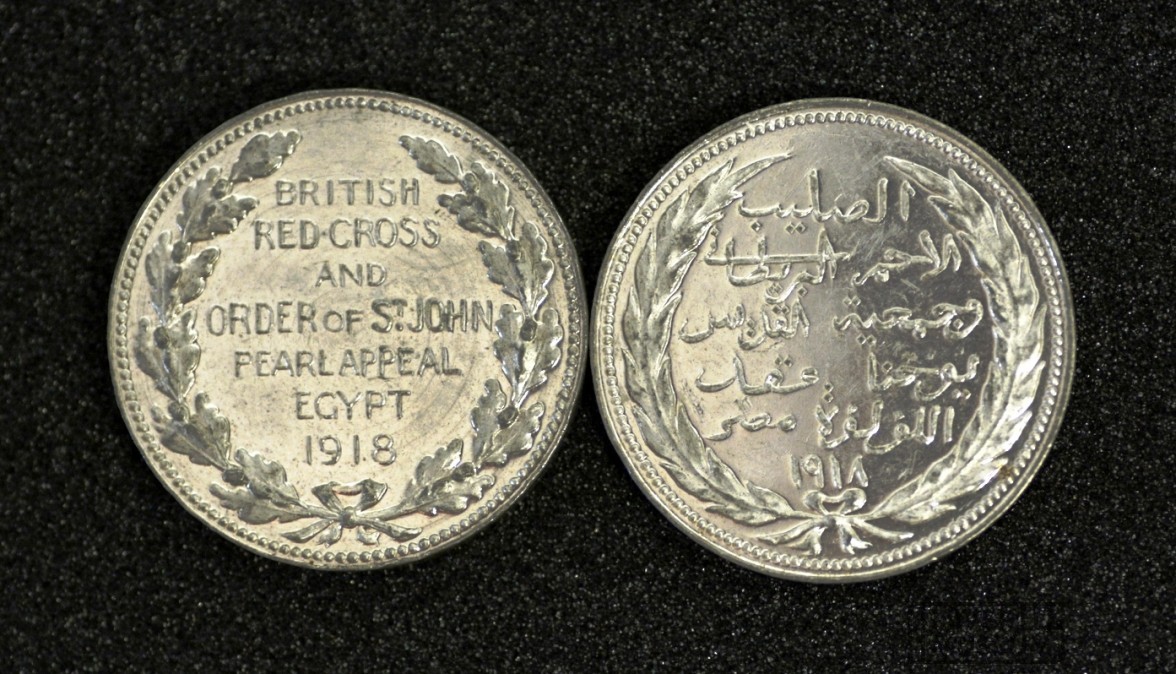 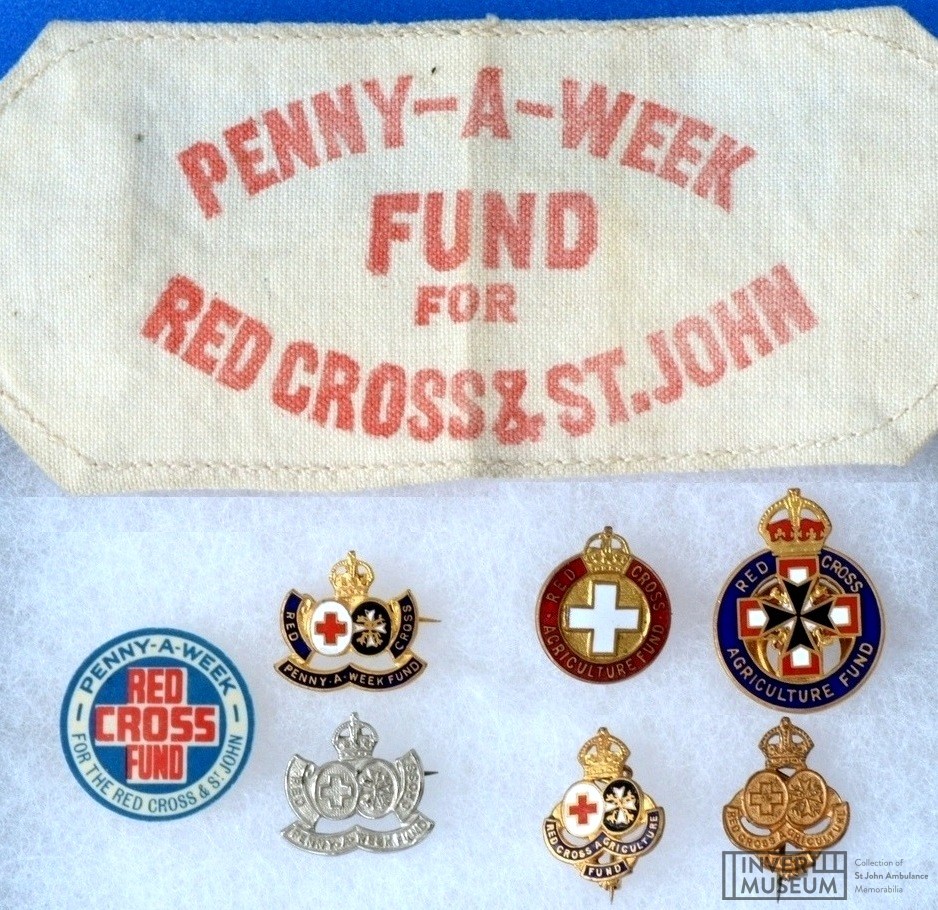